Legendary singer Roberta Flack has captivated audiences with her prodigious vocal talent for more than five decades. Her 18 Billboard-charting songs in the soul, R&B, and adult contemporary genres, as well as her soulful interpretation and effortless fusion of different types of music, have firmly positioned Flack as a musical icon. Flack remains the only artist ever to win back-to-back Grammy Awards for Record of the Year (1972–1973). Most recently, she earned the Grammy Lifetime Achievement Award (2020) for her remarkable contributions to music.

With her debut album, First Take (1969), Flack began a long and dazzling career as a singer noted for songs such as “Killing Me Softly with His Song,” “Feel Like Makin’ Love,” and “Where Is the Love.” However, she started her musical journey as an exceptional pianist. Flack won a scholarship to Howard University when she was just 15 years old.

“The piano has always been my primary instrument. It was my expression and my vehicle through which I transformed my life. My voice became a means of expression for me much later in my life. I told my students as I tell my audiences and musicians that I mentor that it doesn’t matter the instrument—you just need to find one and express yourself as honestly and as clearly as you can,” says Flack.

Flack recently donated a treasured instrument to MIM—her 1922 Steinway piano. MIM is delighted to showcase this piano in the Artist Gallery alongside a silk outfit made by Jackie Rogers and worn by Flack onstage. 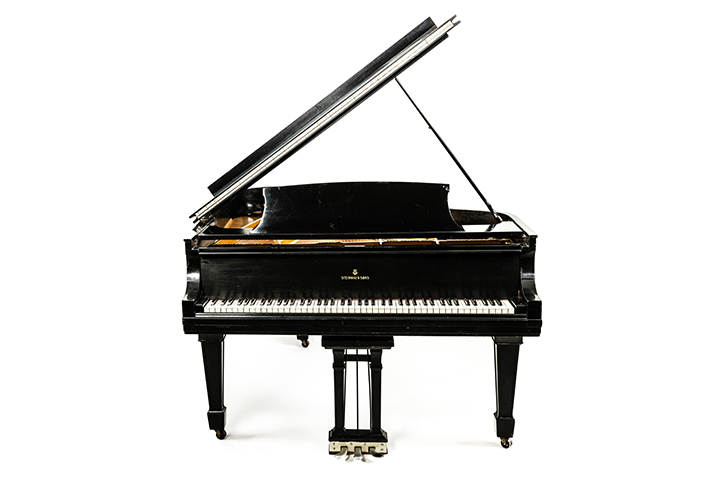 “I’m honored to be a part of such a rich collection. Through my music, I seek to find what connects us, which is always, at its root, love. I hope that the stories I tell in my music will continue to touch hearts through the years to come, many thanks to MIM!”

Flack believes that “love is a song,” meaning that in her view, “music transcends age, race, religion, borders, and time. It’s the global language that touches us all.” Flack supports MIM because “MIM celebrates our diversity and connects us through musical expression.”