MIM’s new special exhibition Treasures: Legendary Musical Instruments celebrates a variety of global musical beginnings, including one of the earliest surviving violins by Italian luthier Andrea Amati, a ceramic drum from China’s Neolithic period, and lyre fragments from the cradle of civilization in ancient Mesopotamia. On display beginning November 12, they can all be seen together with the historic instruments below that shaped the guitar as we know it today. Take a sneak peek into one of the many stories of instrument development featured in Treasures: 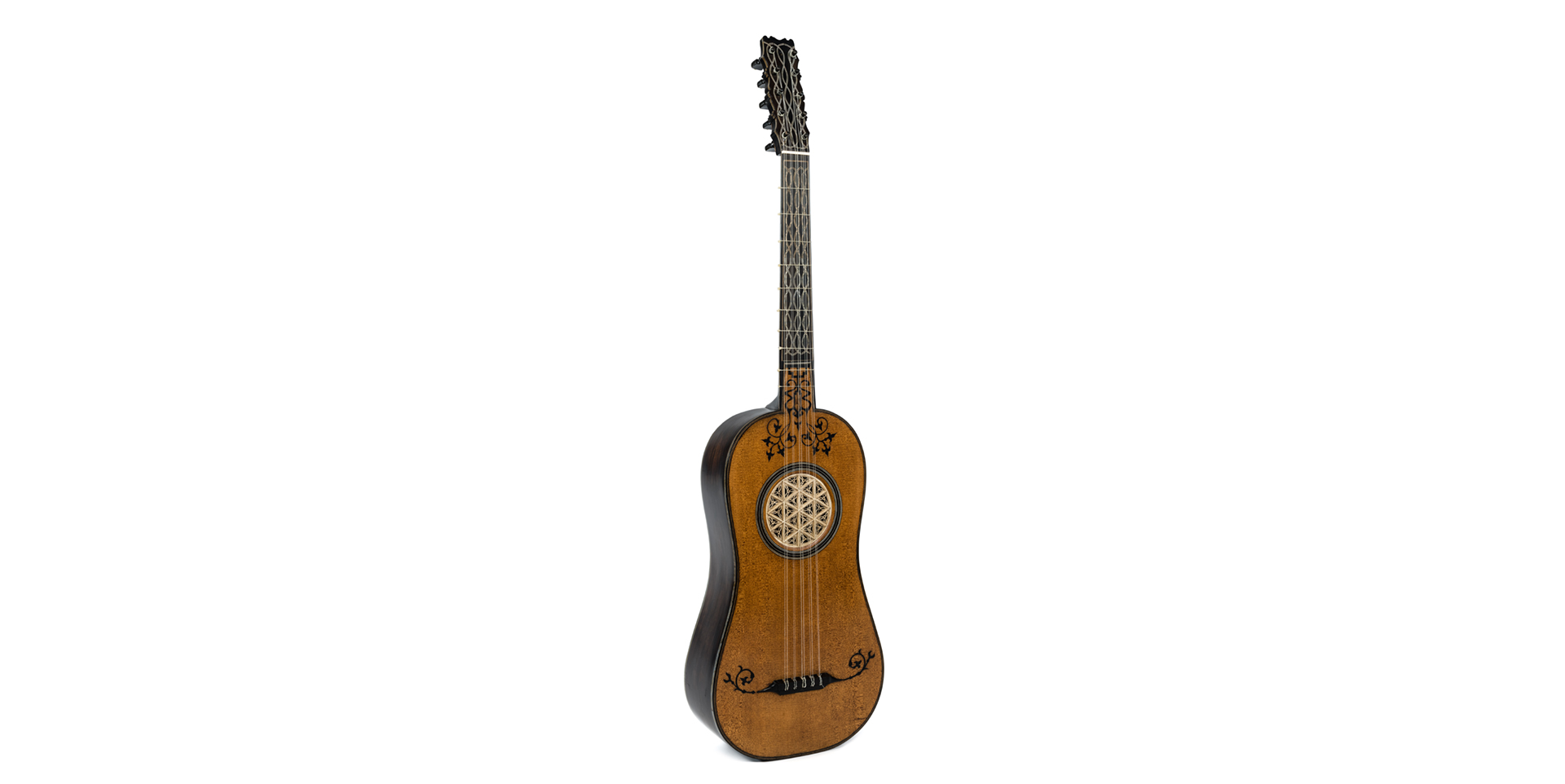 c. 1590 – This baroque guitar is the oldest full-size guitar in existence and one of only two known surviving guitars dating to the 1500s. 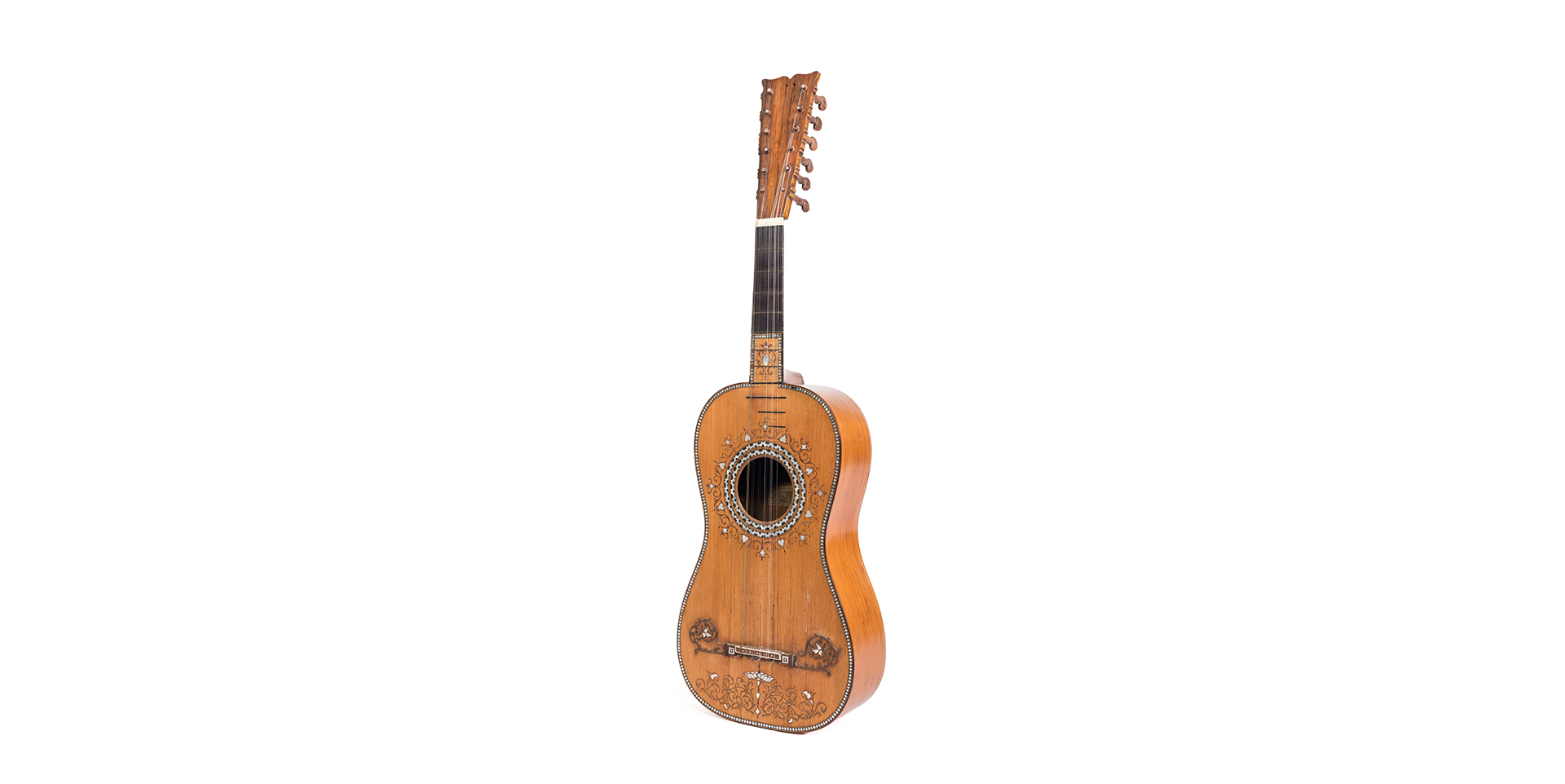 1770 – Only six Francisco Sanguino guitars are known to remain today, including this elaborately decorated example. Sanguino is credited with being the first luthier to use fan-shaped internal bracing beneath the soundboard, impacting the development of the classical guitar. 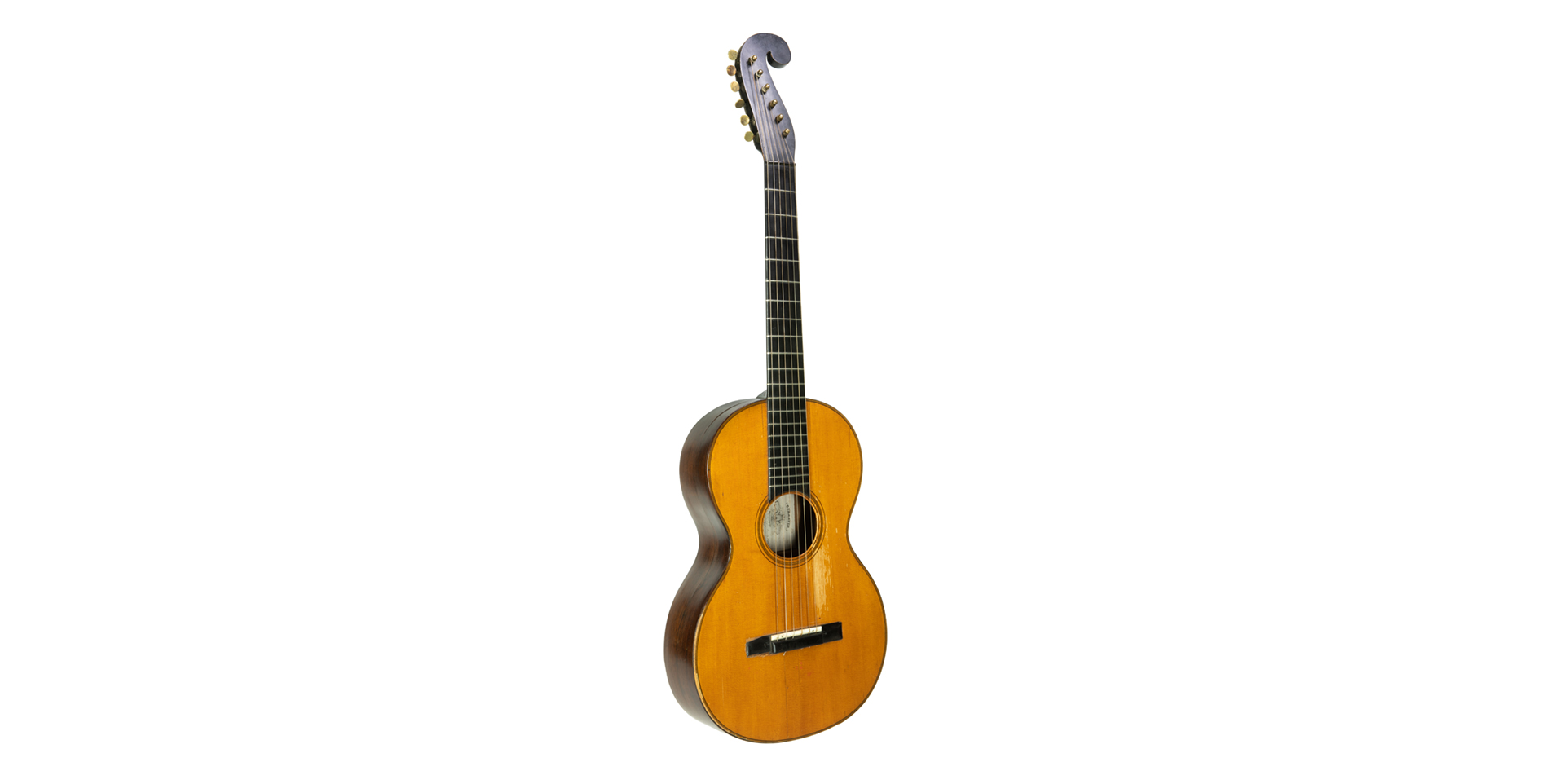 1837 – This guitar is fitted with Christian Frederick Martin’s first-known use of Spanish-style bridge and interior bracing. His sense of experimentation—beginning with this instrument—would eventually lead him to define the American acoustic guitar.
Loan and photo courtesy of Lynn Wheelwright 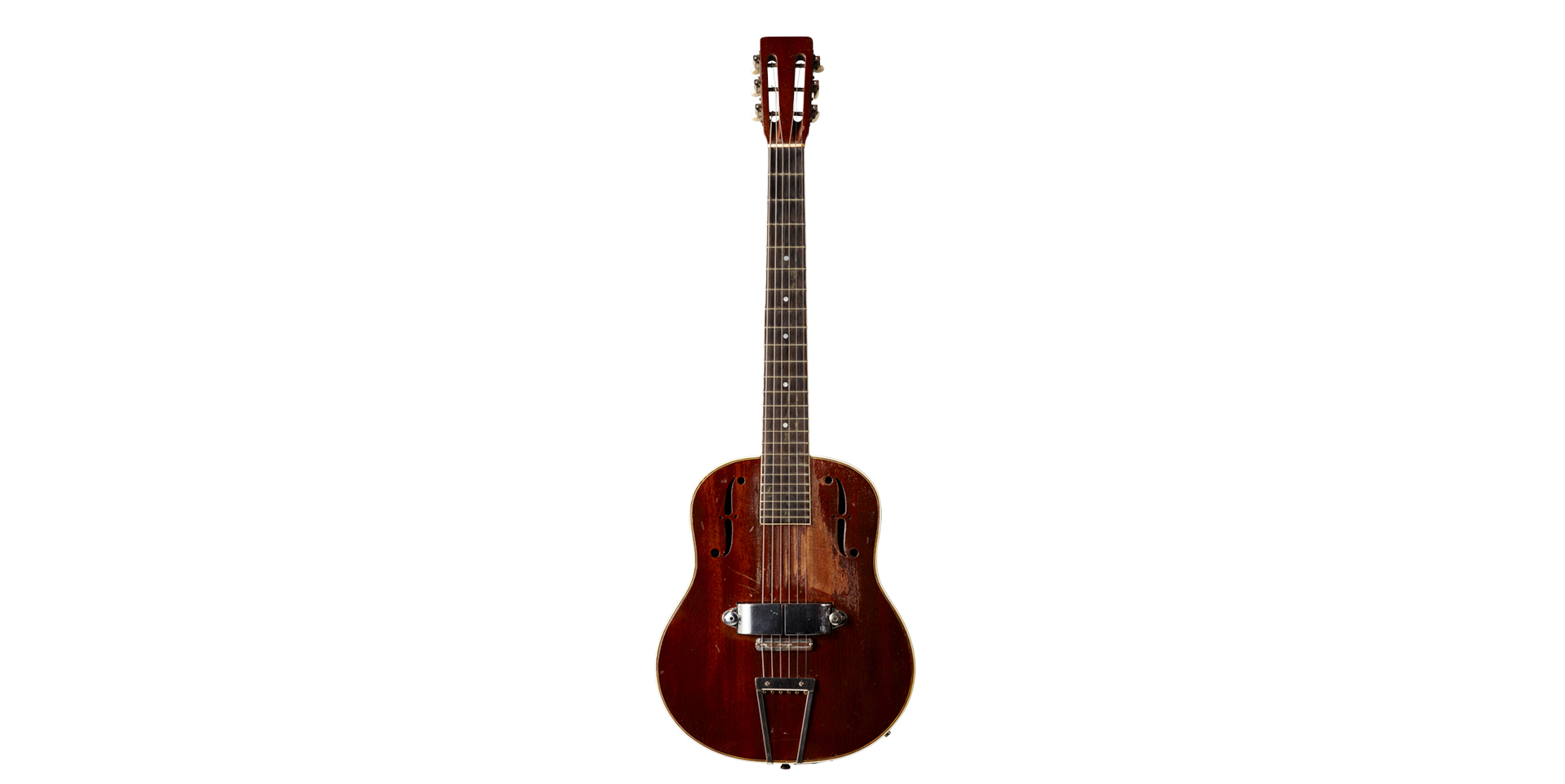 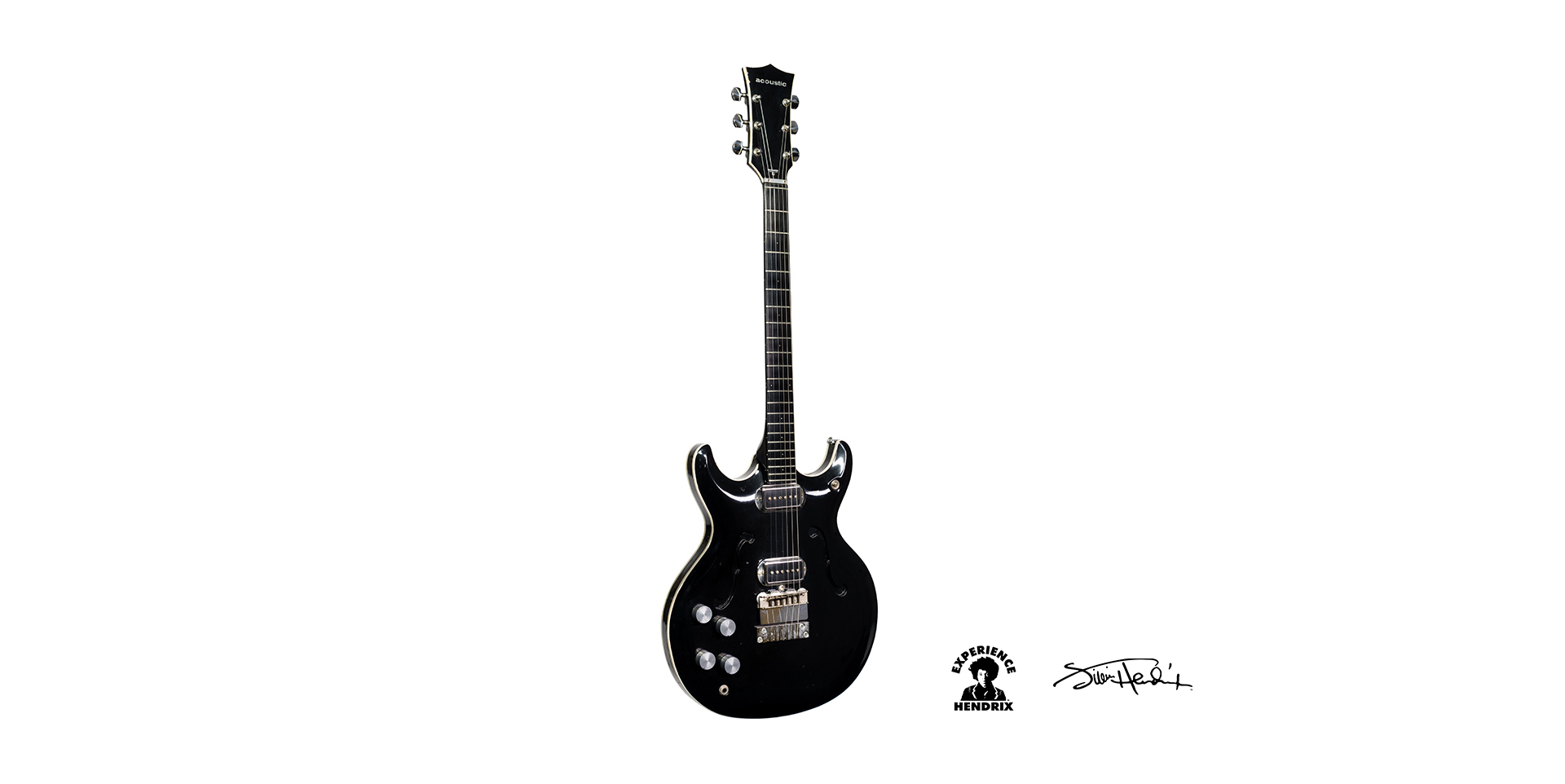 1968 – This Black Widow guitar is one of only three left-handed examples ever produced, and Jimi Hendrix played it in late October 1968, when he was at the height of his fame.
Loan courtesy of Collection of Experience Hendrix, L.L.C.

Discover the extraordinary stories of over 80 instruments during the opening weekend of Treasures: Legendary Musical Instruments on November 12, 13, and 14 with live performances, curator talks, and more!