Although their specific tastes differ, Rick and Kim Greenwald have shared a love of music their entire lives. Their passion does not stop at listening to recorded music or attending concerts, either: Rick plays the ukulele, and the Greenwalds’ daughter is an accomplished cellist, a former member of the Phoenix Youth Symphony, and the current head of development for the Eastern Music Festival.

With music at the heart of their family’s identity, Rick and Kim have connected to their interests at MIM by exploring the galleries and visiting special exhibitions. They have also attended concerts at the MIM Music Theater since the doors opened in 2010, and they count seeing Richard Thompson, Bettye LaVette, and Max Weinberg among their favorite theater experiences.

Inspired to support MIM’s music venue, Rick and Kim became Circle of Friends members in 2015. After reviewing their retirement plans, they decided to further their contribution by joining MIM’s Legacy Circle and establishing a planned gift to the museum.

“We began to think about helping institutions that would carry on great work that was meaningful to the substance of our lives, and MIM was at the top of the list,” Rick says. 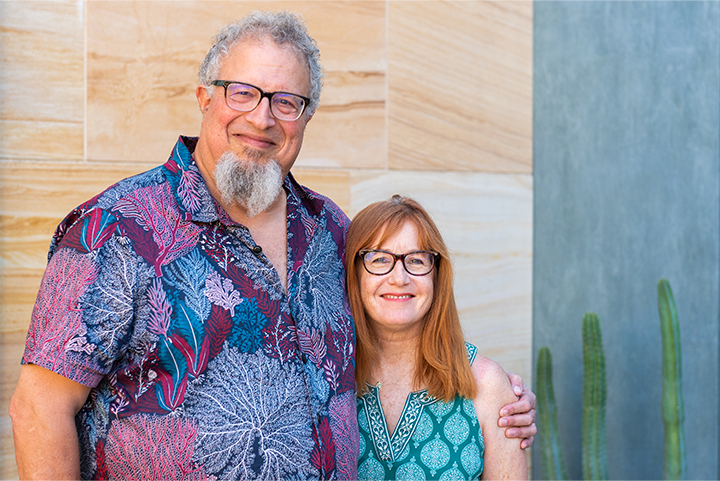 Legacy Circle members support MIM by making gifts during their lifetime that are deferred until a future date or after their passing. These generous gifts not only sustain the transformational power of music at MIM, but they also offer the donor substantial tax savings, provide the opportunity for a larger gift than an outright donation, and allow part of the donor’s estate to avoid the probate process.

Through their contribution, Rick and Kim hope to ensure the MIM Music Theater’s long-term success.

“The theater is a truly optimal space for music,” Rick says, “and the programming is exceptional, bringing such a wide range of performers from so many genres and geographies. Music is the moving force of the universe—one that keeps us all connected.”

To learn more about creating your charitable legacy through planned giving, contact the Institutional Advancement team at advancement@MIM.org or 480.478.6062.