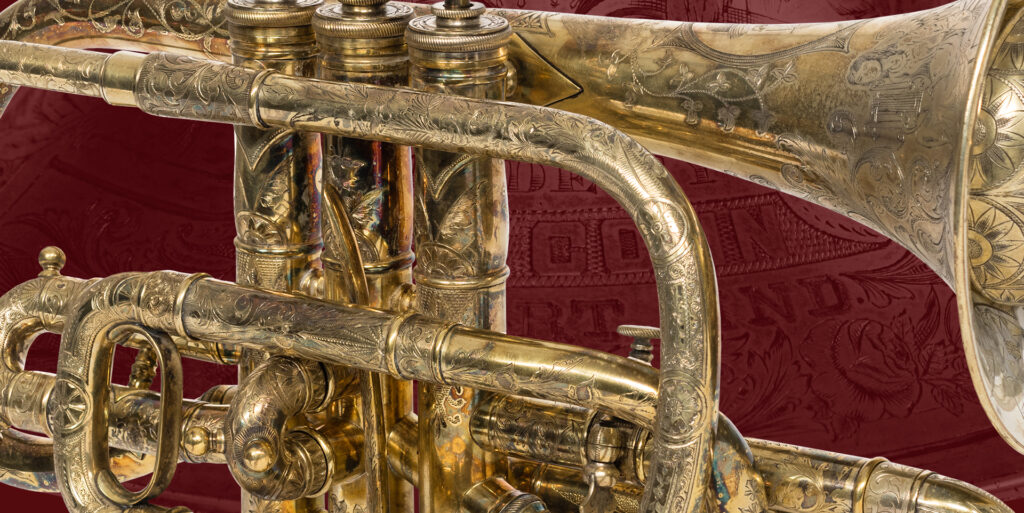 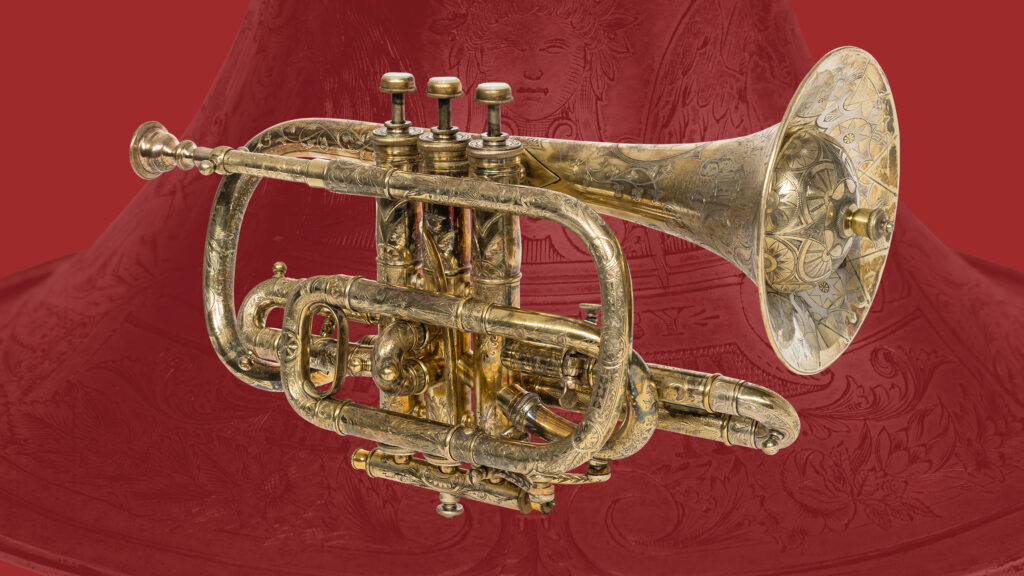 Discover some of the most historically significant and sought-after instruments in existence. 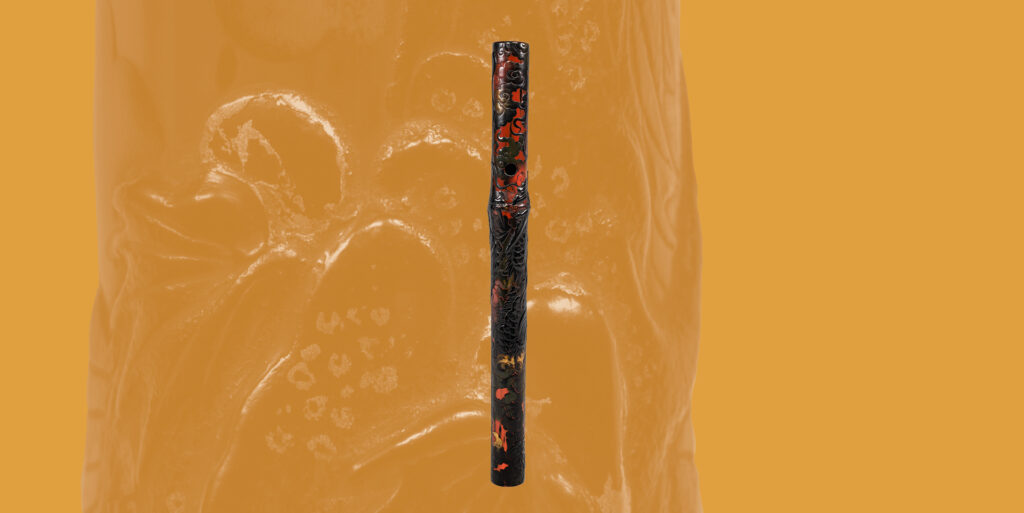 The new acquisitions and loans include some of the rarest examples of their kind, including one of only four existing Hochbrucker pedal harps, “the first ukulele” handcrafted in 1879, and a beautifully crafted hitoyogiri that is one of only two existing Japanese flutes known to have been owned and treasured by Emperor Go-Daigo of Japan (1288–1339). With each of these treasures comes an incredible story. These musical narratives unfold through videos of notable artists performing with some of the instruments on display. 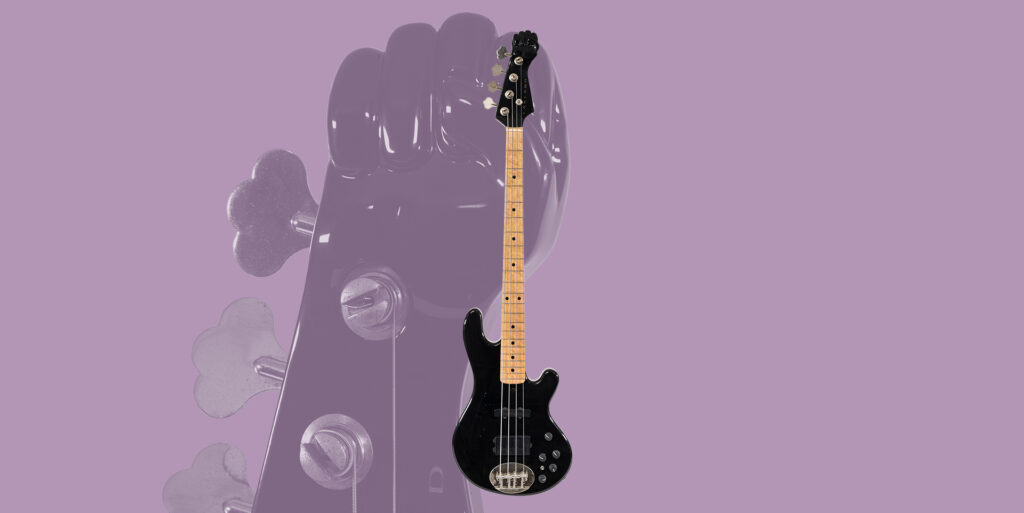 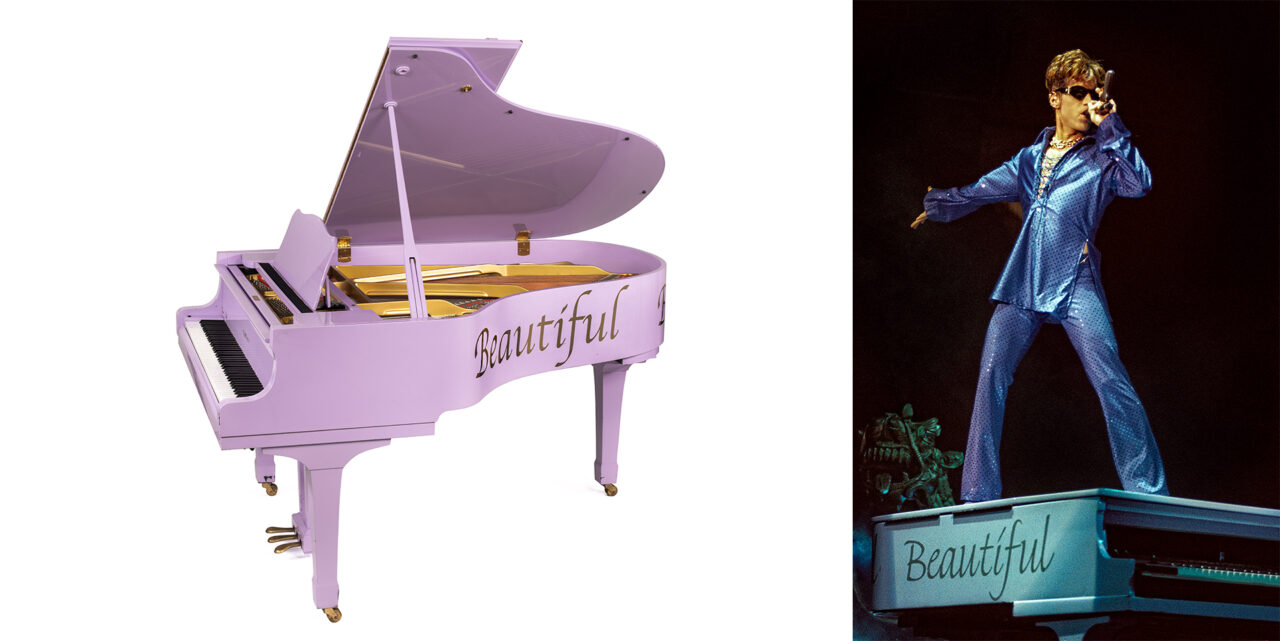 This purple grand piano, featuring the word “beautiful” written in gold on three sides, was custom-made for Prince and used throughout his Jam of the Year Tour in 1997 and 1998. Prince often danced atop this piano during his live performances, as seen in the “Somebody’s Somebody” music video. 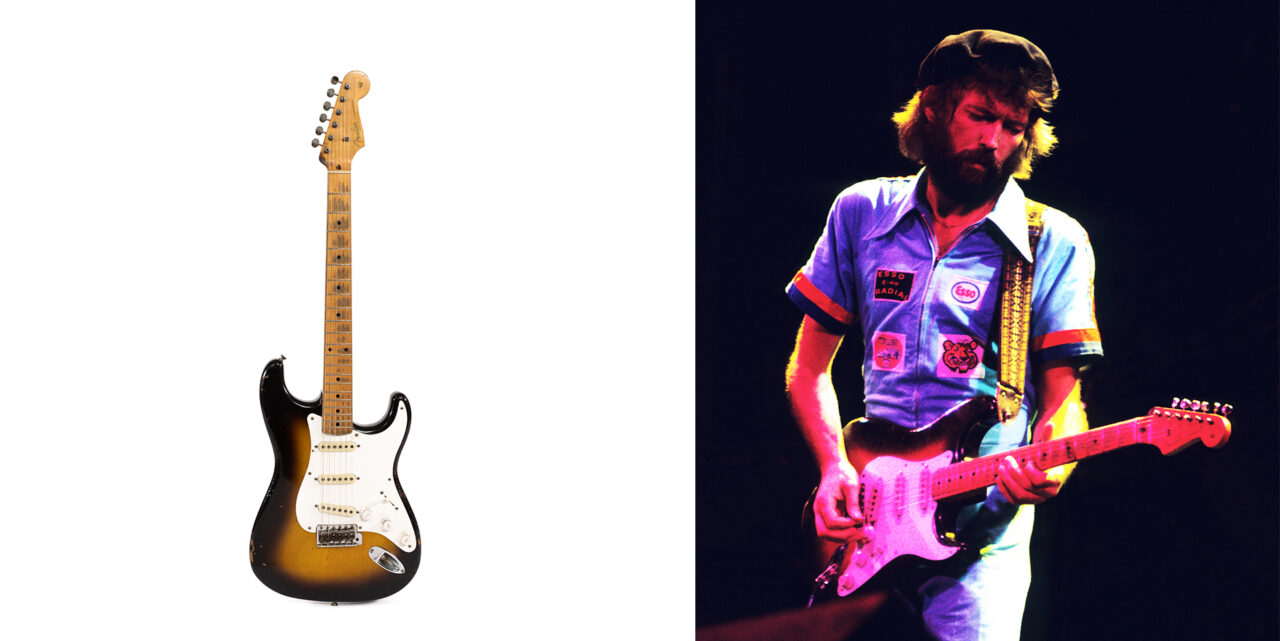 This two-color sunburst electric guitar was Clapton’s first Stratocaster, and it became a key part of the guitarist’s signature tone. Purchased by Clapton in a London music shop in 1967, the guitar can be heard on Clapton’s early solo classics, such as “Layla” and “Bell Bottom Blues.” Right: Clapton performs with “Brownie”. 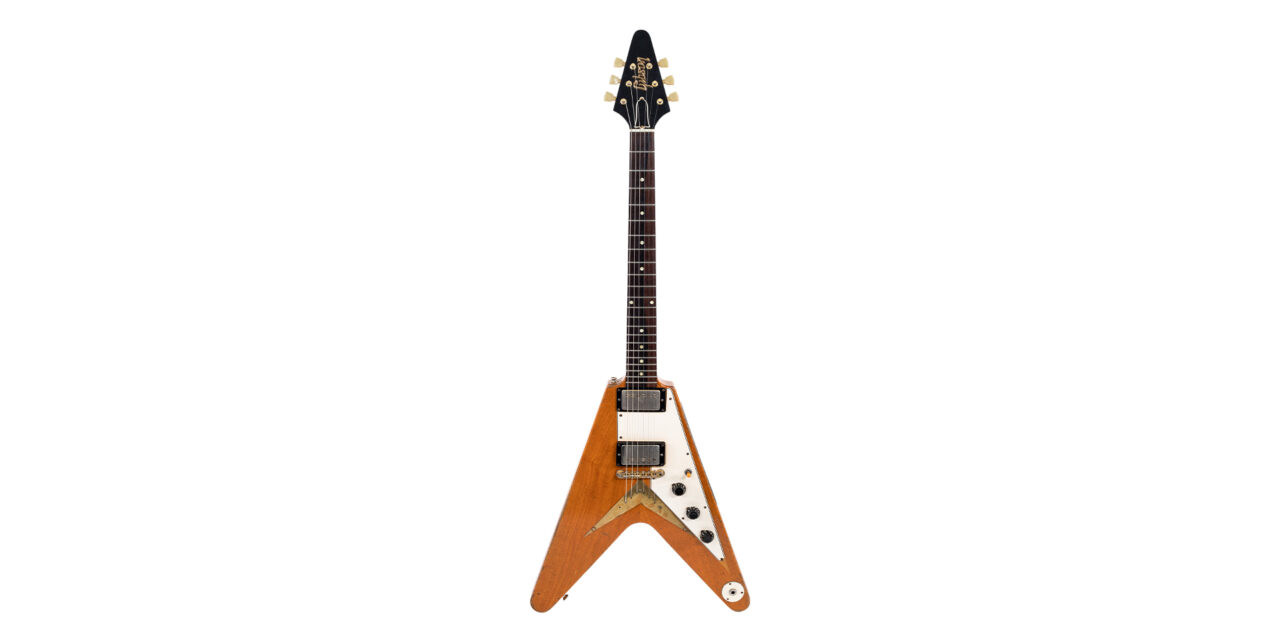 Created to compete with popular guitars like the Fender Stratocaster, the modernistic Flying V was initially so controversial that only 81 examples were shipped in 1958, making originals incredibly rare. This particular Flying V has been played by many world-class guitarists, including Joe Bonamassa, Eric Johnson, and Jack Pearson. 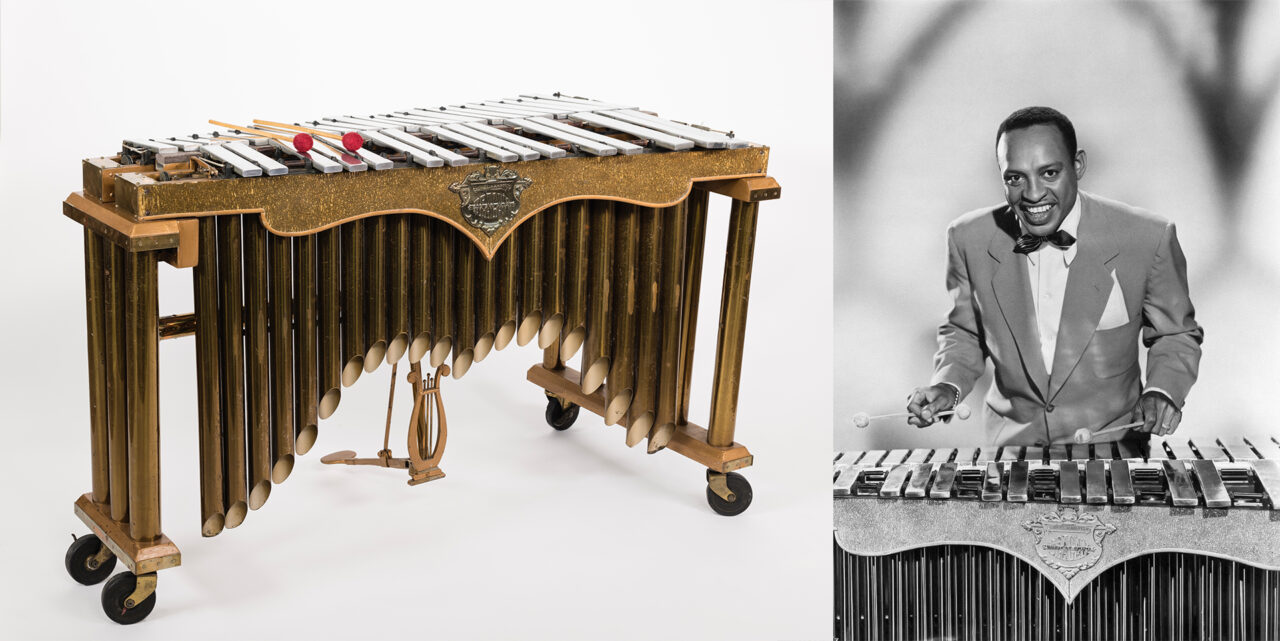 This one-of-a-kind golden “King George” model vibraphone was custom-made for Lionel Hampton and remains the only example built to the Deagan company’s most deluxe trim level. Known as the “King of the Vibes,” Hampton played on recordings by Louis Armstrong and others, and he effectively introduced the vibraphone to jazz. Right: Hampton performs live onstage with his signature vibraphone. 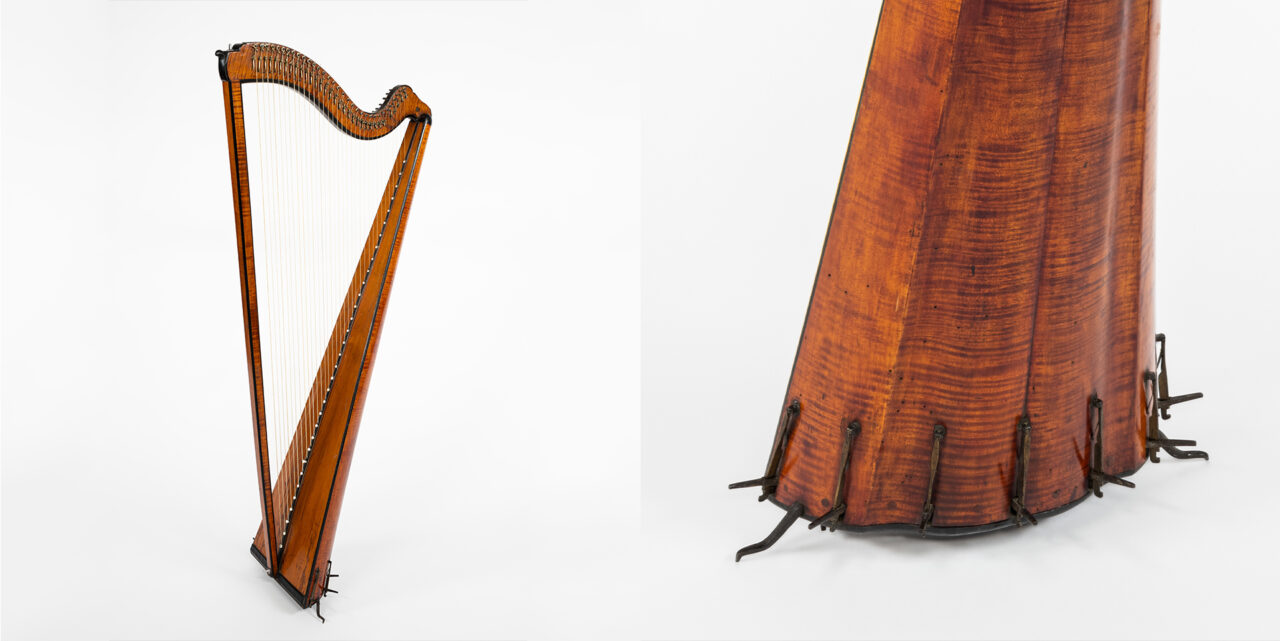 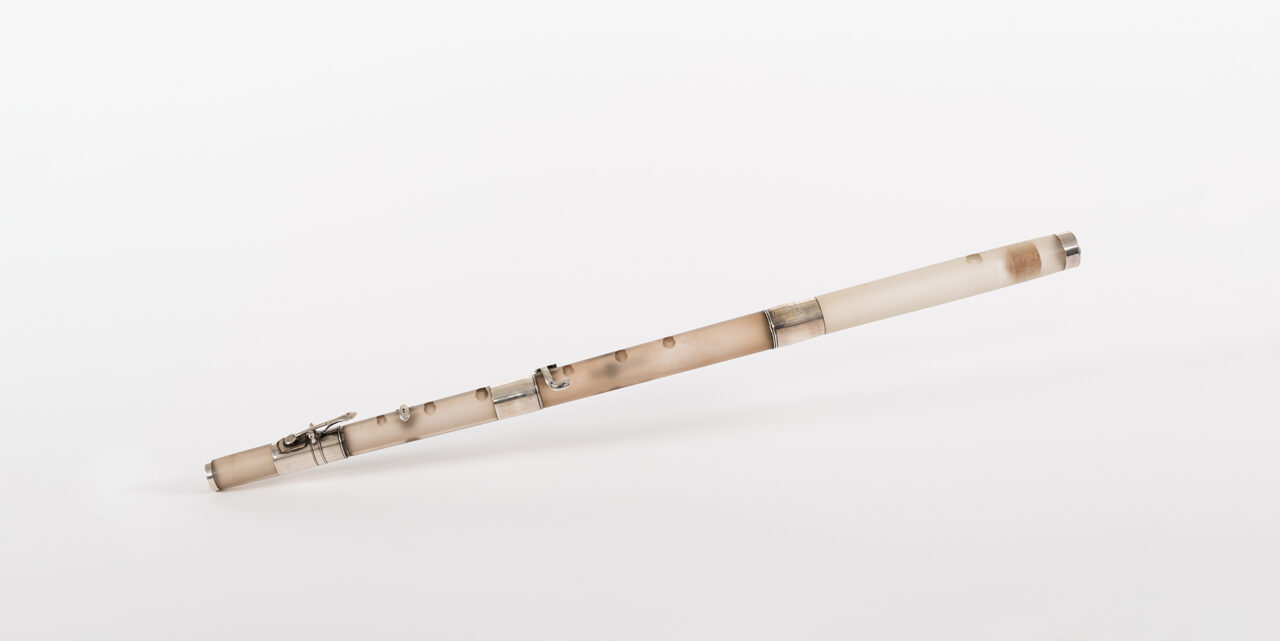 A watchmaker and mechanic by trade, Laurent was a musician at heart, which led him to develop innovative glass flutes in 1806. Unaffected by temperature and humidity, these groundbreaking “crystal flutes” were stable, even-toned, and well-tuned instruments. 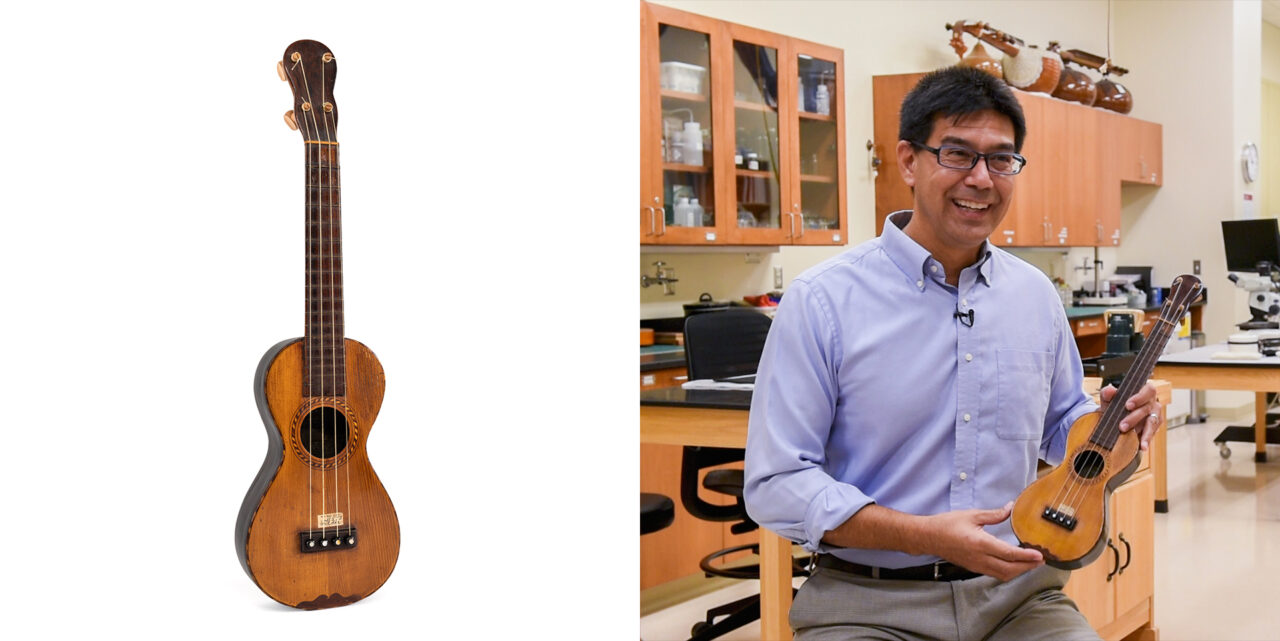 Likely crafted by Portuguese immigrant Jose do Espirito Santo, this instrument is thought to be the first Hawaiian ukulele. Despite its delicate construction and small size, this ukulele remains in playable condition and produces remarkable volume. Right: ukulele collector Shawn Yacavone holding the treasured instrument. 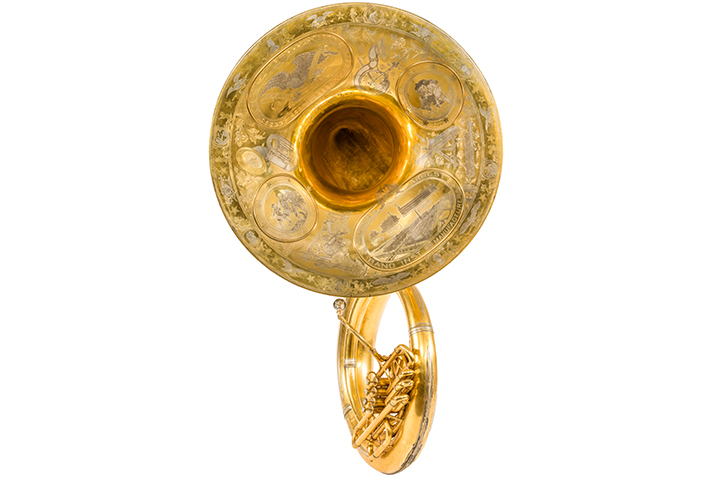 A catalog for Treasures: Legendary Musical Instruments is available for purchase at the Museum Store or online at theMIMstore.org.