Recent acquisitions have made this dramatic update possible, with rare examples dating back to the Renaissance and offering guests a close view of authentic instruments from a period when Italy was the cultural epicenter of the world. Highlights among the older pieces include a 16th-century tenor cornetto from Venice, a harpsichord originally built in Rome in the 1630s, and an ornamented 17th-century baroque mandolin with a body made from ivory. 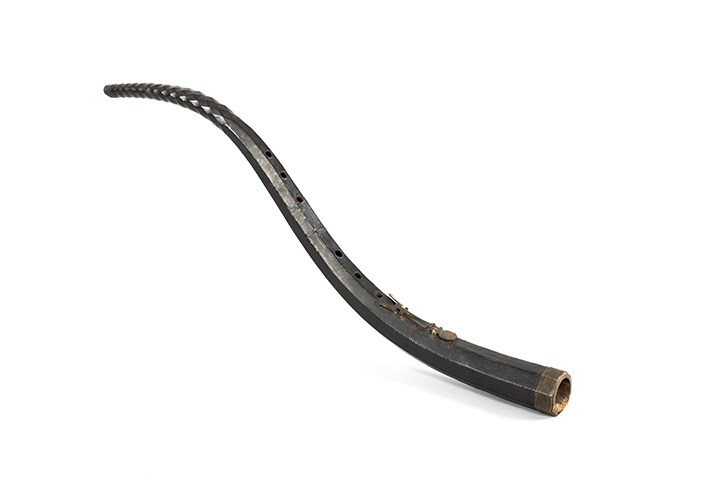 Sixteenth-century tenor cornetto made in Venice

The exhibit explores the immense popularity of the opera, fully emerging in Italy in the 1600s and spreading throughout Europe in the 1700s. Accompanied by small orchestras, the spectacle of the opera filled theater seats. Away from the stage, famous operatic vocal melodies were so popular that local bands imitated women’s voices with high-pitched flutes and cornets, while flugelhorns or trombones played the male vocal lines. From bells used to perform Puccini’s Madame Butterfly to vintage brass band instruments, the power and legacy of Italian opera is newly featured.

In a dedicated display space, guests will be able to discover the origins and development of the mandolin in Italy. Ten historic Italian instruments representing multiple regions and time periods fully showcase MIM’s world-class mandolin collection. These include special highlights from the recently acquired Raymond Zéliker collection on view for the first time. Celebrated makers such as Vinaccia, Calace, Embergher, and Monzino are all present.

Beyond those movements and instruments that have been embraced across the globe, the Italy display also honors the local folk music that has accompanied social gatherings and daily life for generations. A dramatically stylized 1920s harp guitar comes from the northern town of Genoa; the tamburello frame drum and vintage accordion help introduce guests to the tarantella dancing of southern Italy; and a 19th-century zampogna illustrates just one of Italy’s distinctive bagpipe traditions.

One of the standout pieces now representing Italy’s baroque period is a historic harpsichord (below) originally built in the 1630s by notable Roman maker Giovanni Pietro Polizzino. Before the harpsichord arrived in MIM’s collection, it underwent a meticulous restoration at the hands of specialists in both Paris and Milan. The instrument was completely disassembled and then rebuilt, taking advantage of surviving original parts to guide the project. 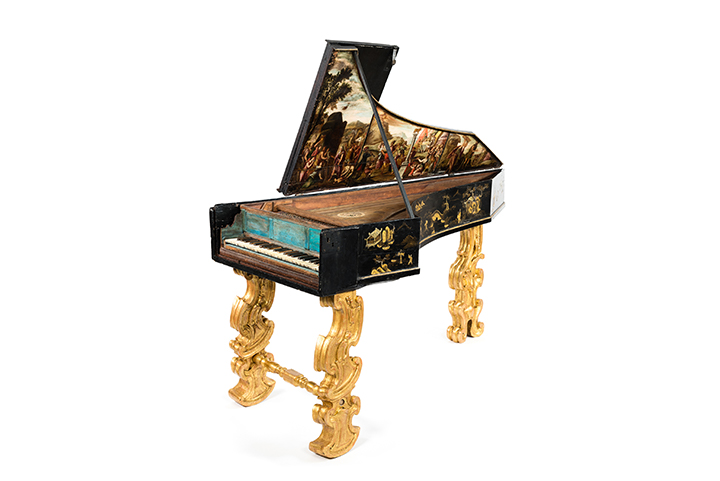 Italian harpsichords were smaller and more delicately built than northern French or Flemish instruments. It was therefore customary to place them in custom lidded outer cases for protection from accident, and fashionable to decorate the cases themselves in the flamboyant European styles of the period. MIM’s Polizzino harpsichord resides in an outer case lavishly decorated with painted biblical scenes on the interior of the lid dated to 1652. The black and gold chinoiserie lacquer on the exterior sides was especially popular in the mid-18th century, with similar decoration appearing in the palaces of Louis XV in France and King George IV in England.

Nearly 400 years ago, this instrument would have been integral to contemporary music and especially well-suited to the small ensembles of its day.