MIM’s special exhibition The Electric Guitar: Inventing an American Icon showcases more than 80 of the rarest electric guitars and amplifiers in the world―from some of the first ever heard to those played by the most famous electric guitarists known today. Decades before rock and roll, these instruments jolted, energized, and even confused the eardrums of the nation. 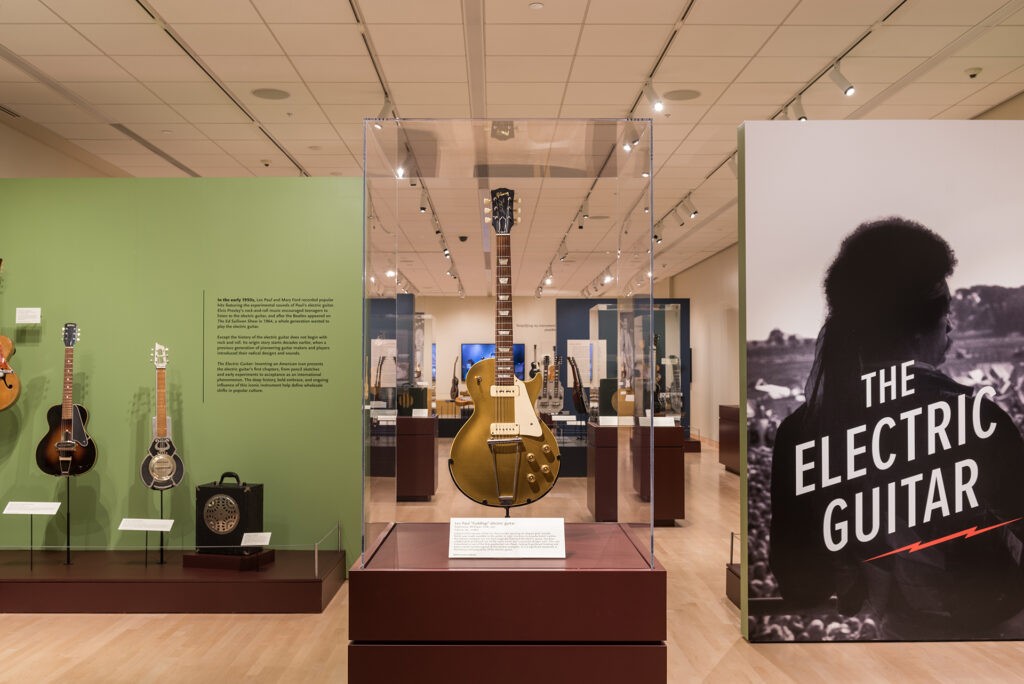 The exhibition’s remarkable collection features the personal instruments of groundbreaking artists who were among the first to play and popularize the electric guitar. 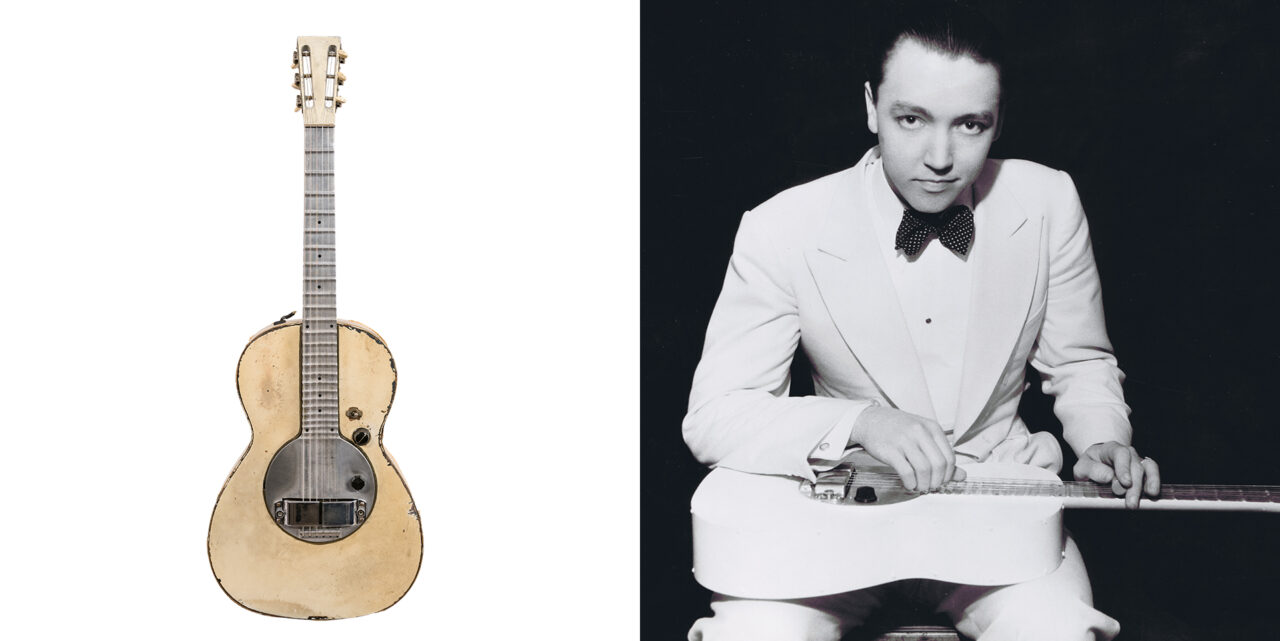 Left: This instrument was likely the first electric guitar played on a national radio broadcast. Its new sound shocked the world, igniting a musical revolution. Right: Alvino Rey, pioneer and champion of the electric guitar, c. 1933. 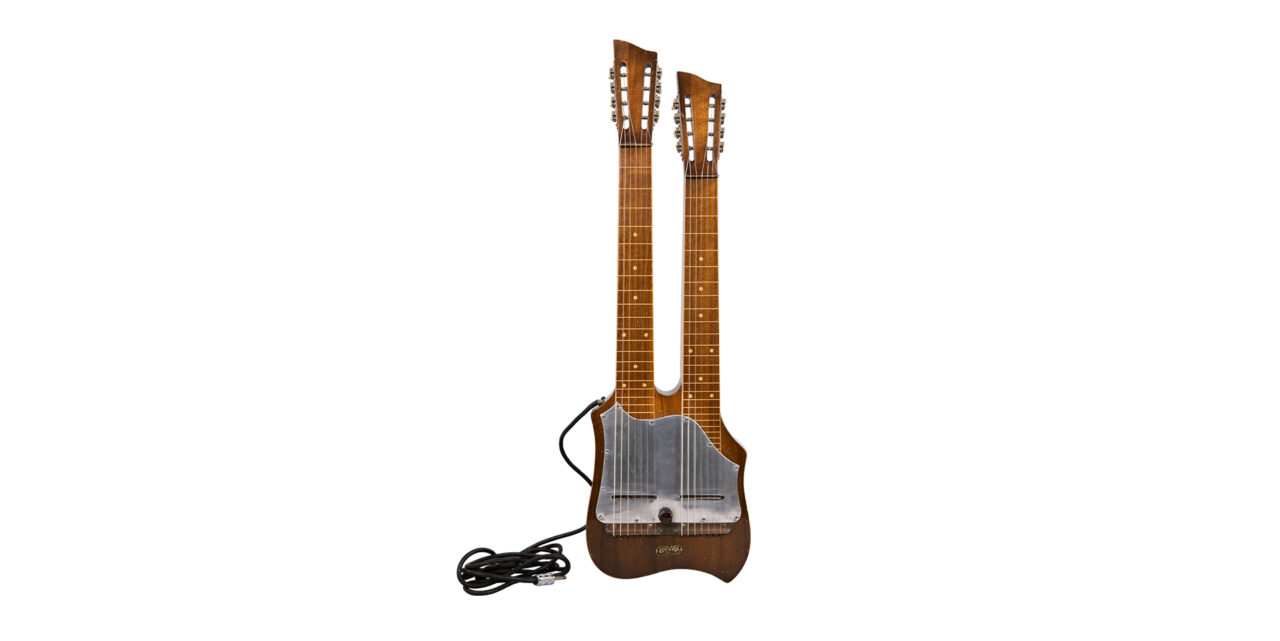 Possibly the only known original example of its kind from Paul Tutmarc’s Audiovox company, this guitar had two necks that accommodated specialized tunings for the popular Hawaiian style of steel guitar playing. 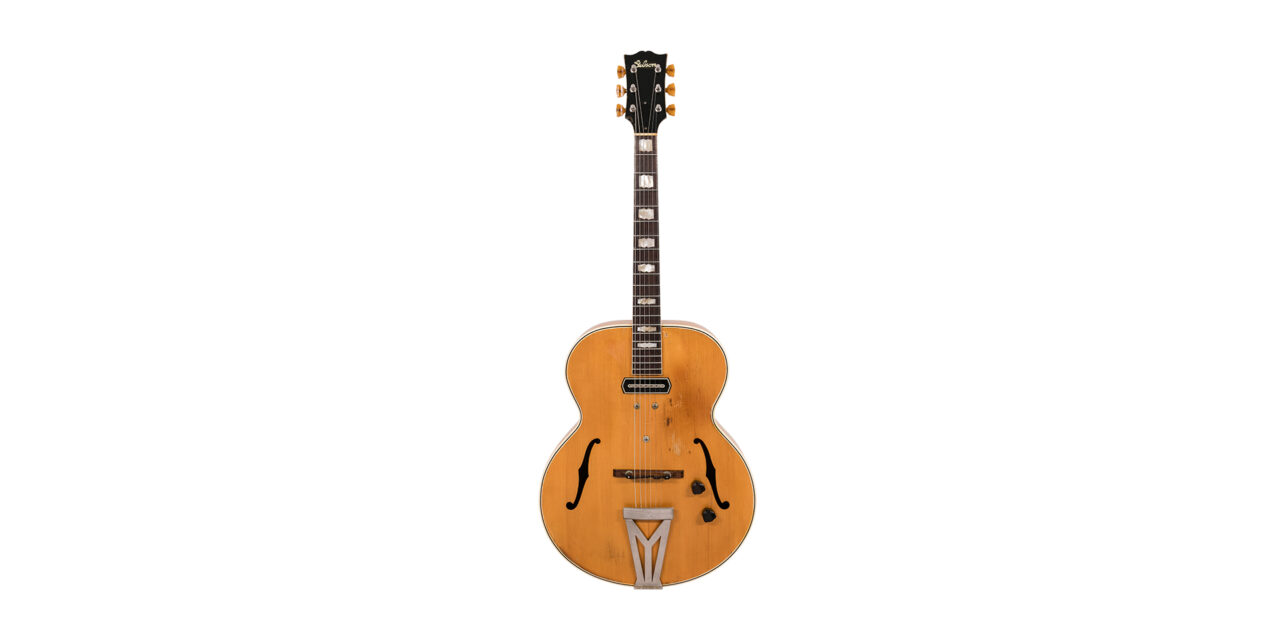 Charlie Christian, the acknowledged pioneer of the electric jazz guitar, played this remarkable instrument while a member of Benny Goodman’s sextet. 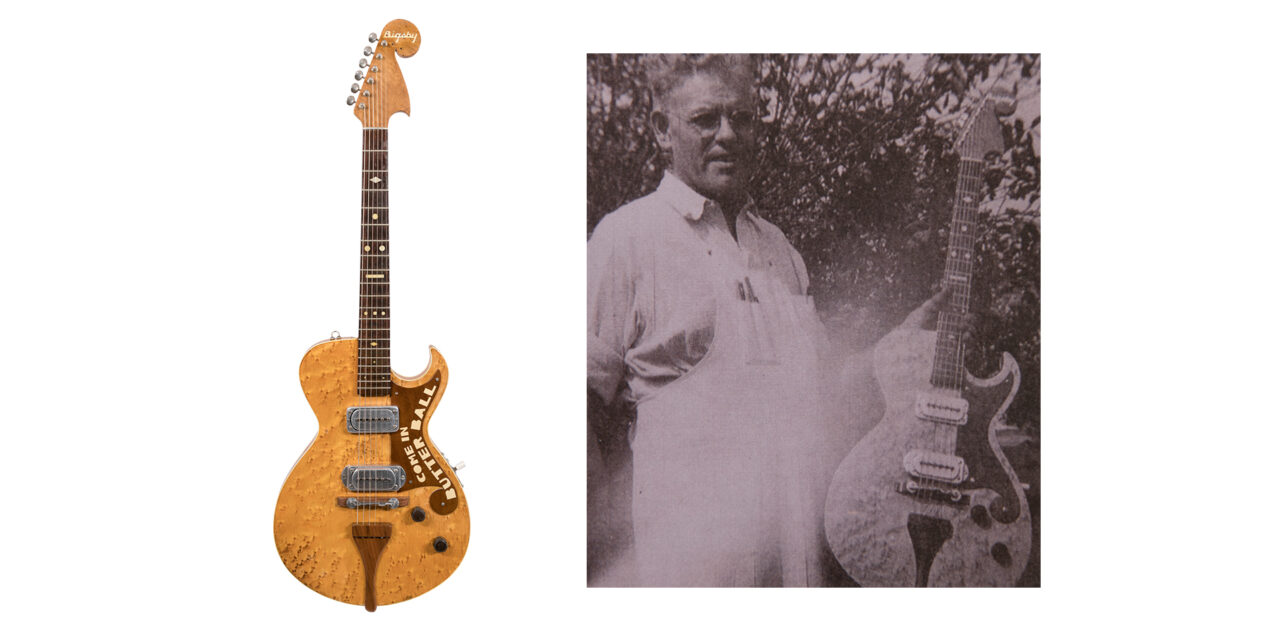 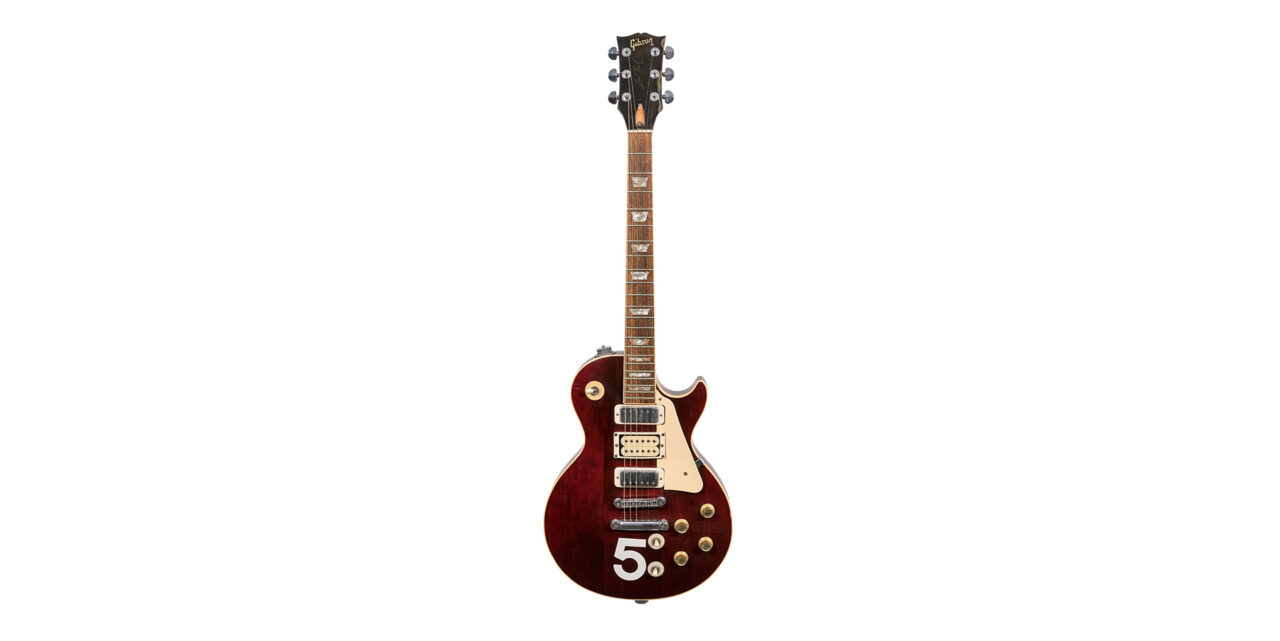 Featuring modified electronics and marked with a large number “5” for quick identification on stage, this Les Paul was a staple of the Who’s live performances in the late 1970s. 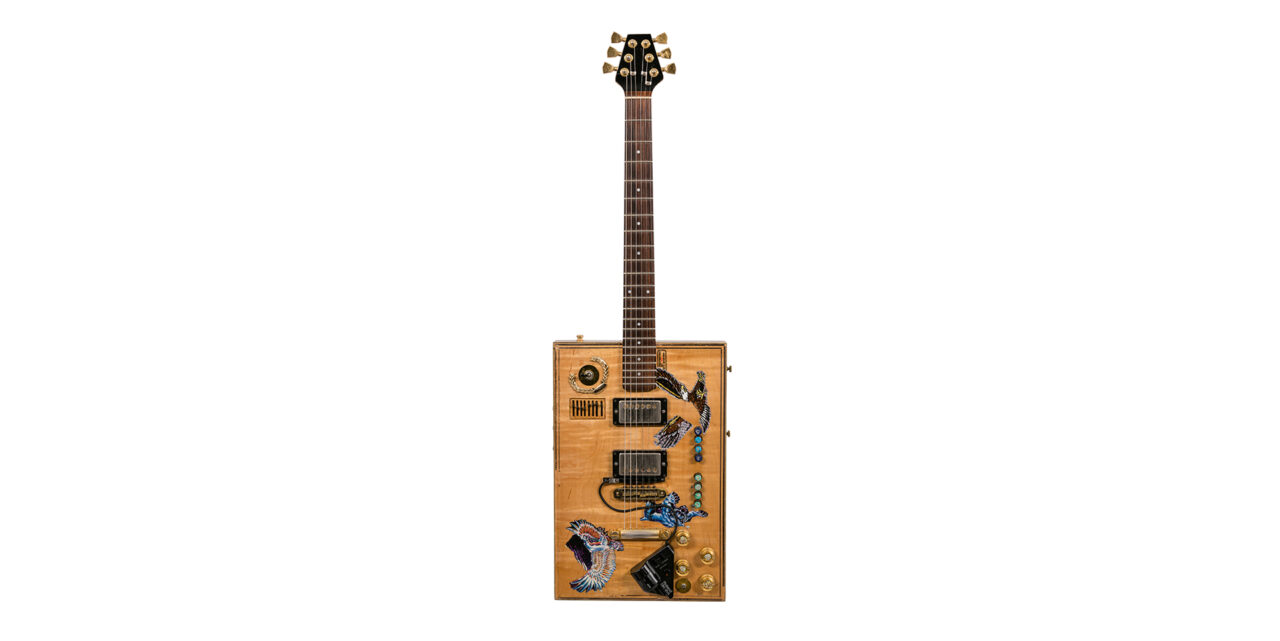 Designed and played by rock and roll originator Bo Diddley late in his life, this electric guitar features the artist’s signature rectangular body as well as onboard electronic effects and a synthesizer pickup. 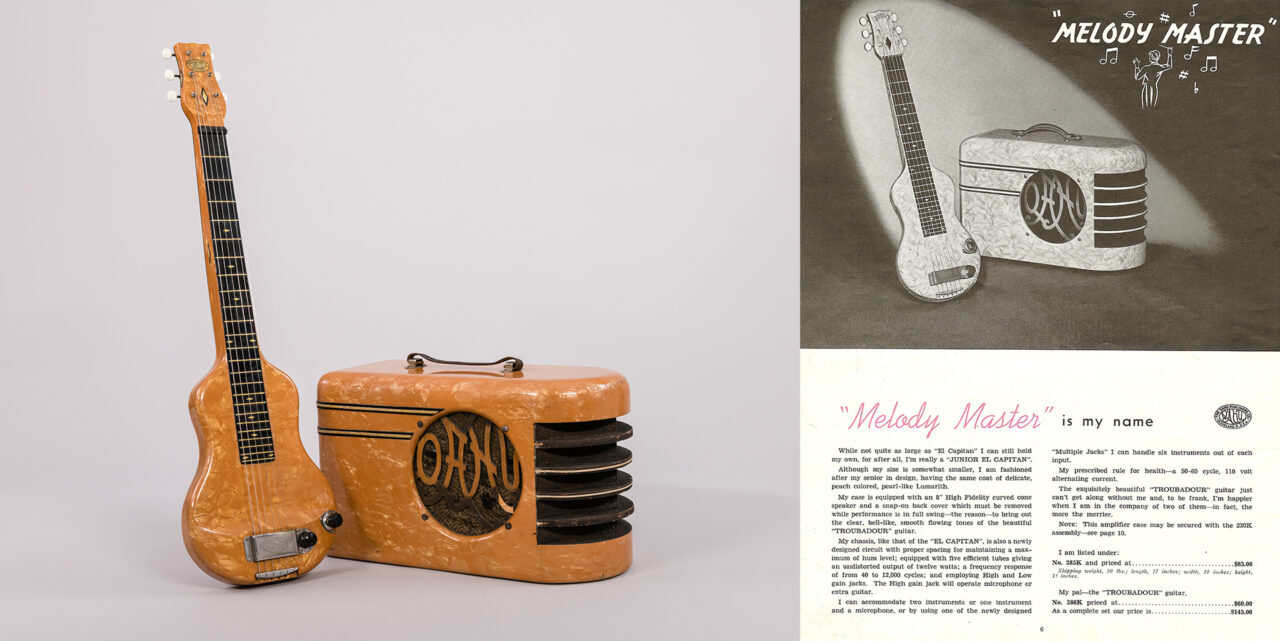 Left: Offered as a matched set with the 12-watt “Melody Master” amplifier, this affordable package was primarily aimed at beginner steel guitarists. Right: An original advertisement for the guitar-and-amp combo lists the set for $145. 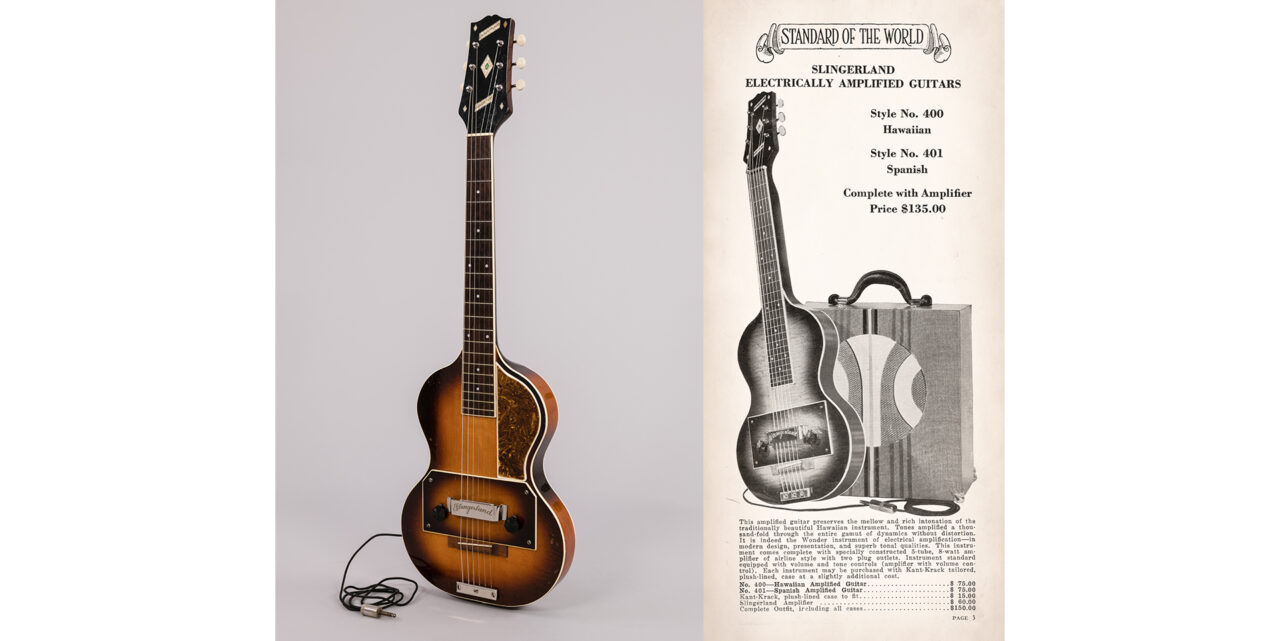 Left: Built by a company famous for its drums, this was the first solid-body wooden electric Spanish guitar. It features neck-through construction and a sophisticated hum-canceling pickup. Right: The original advertisement lists the complete outfit—guitar, amplifier, and case—for $150. 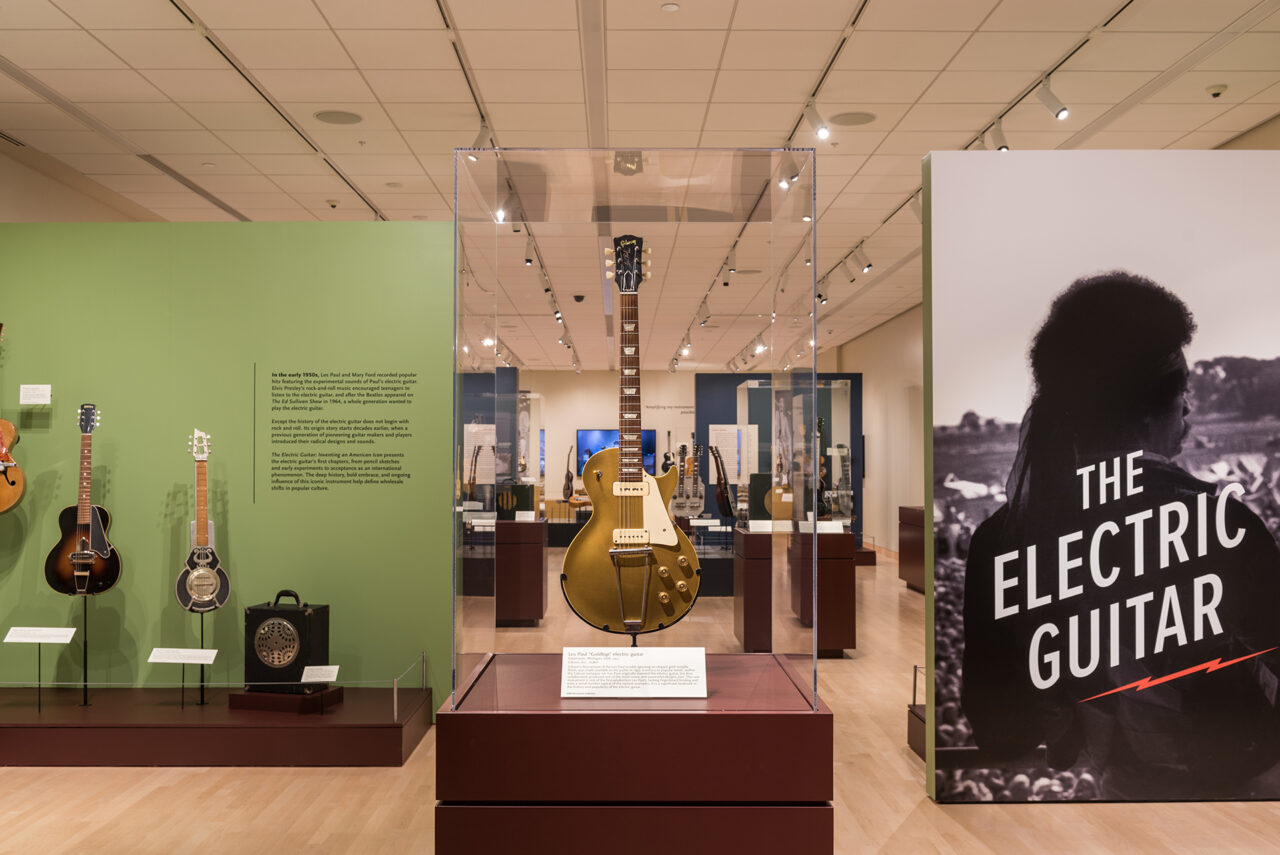 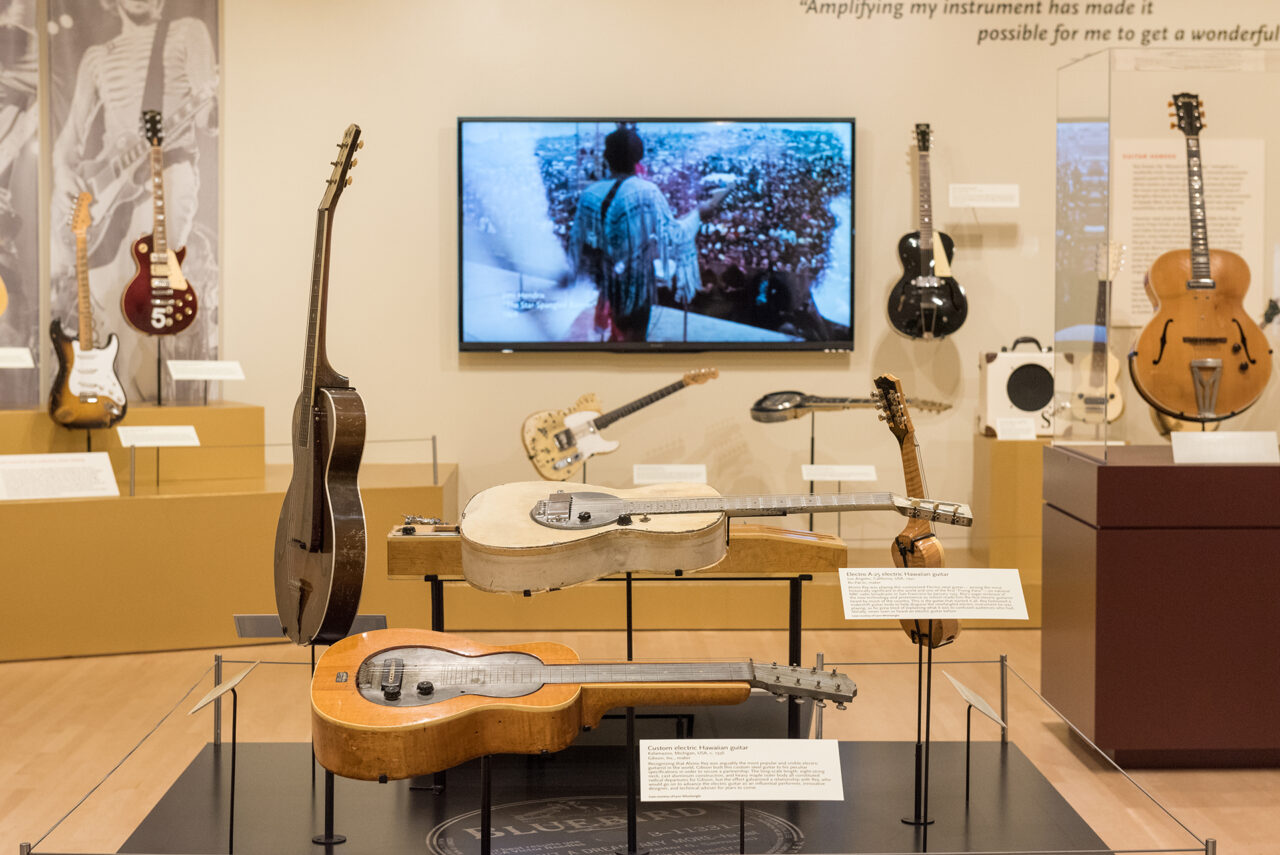 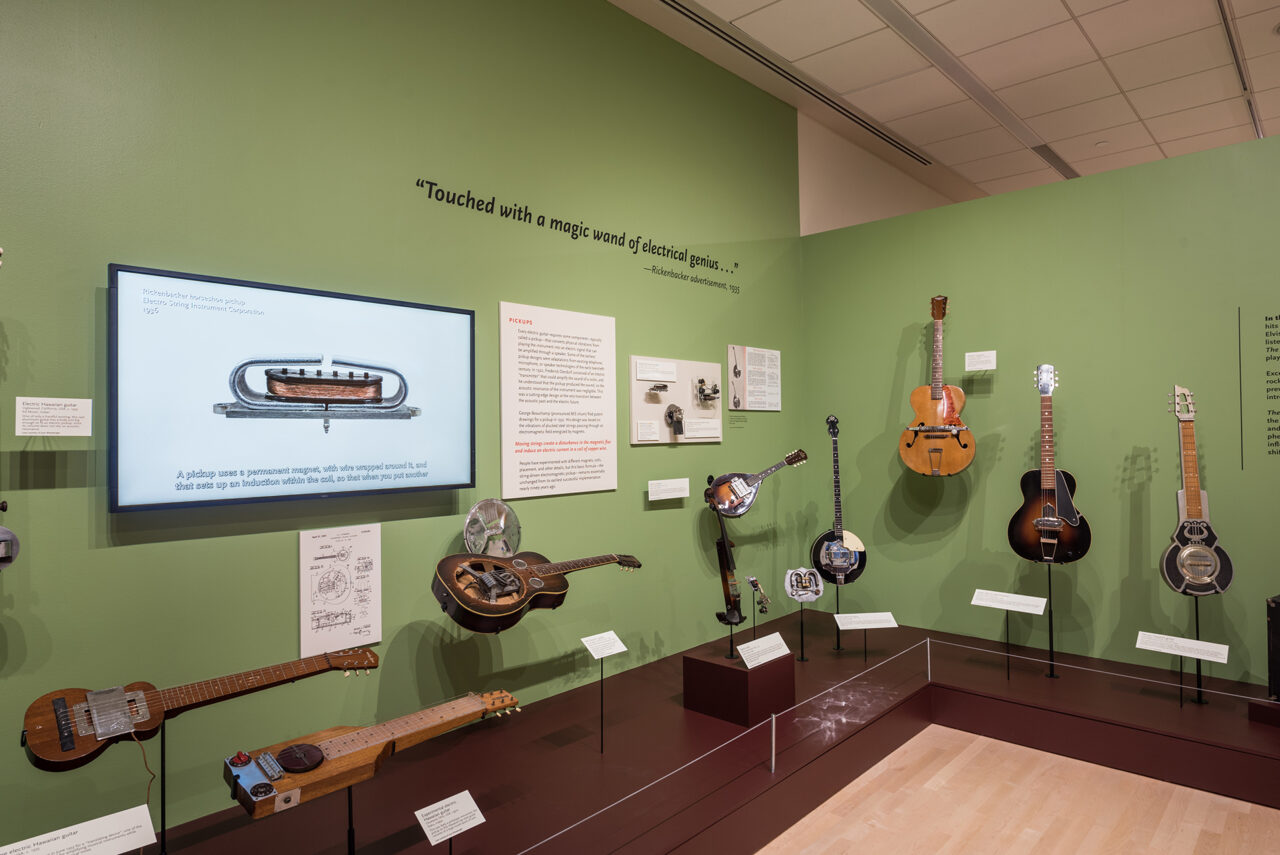 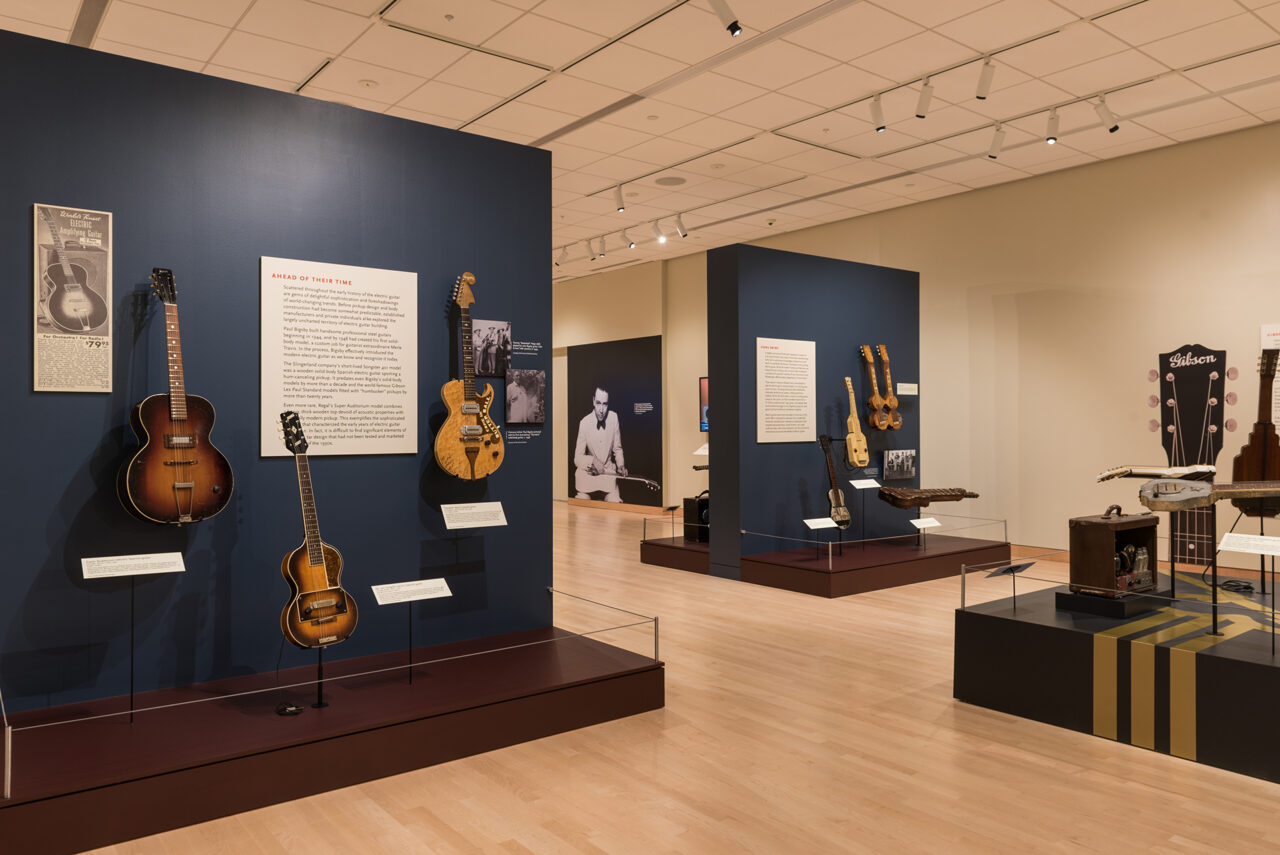 Learn more about the invention of an American icon with MIM’s special exhibition catalog, available for purchase at the Museum Store or online at theMIMstore.org. 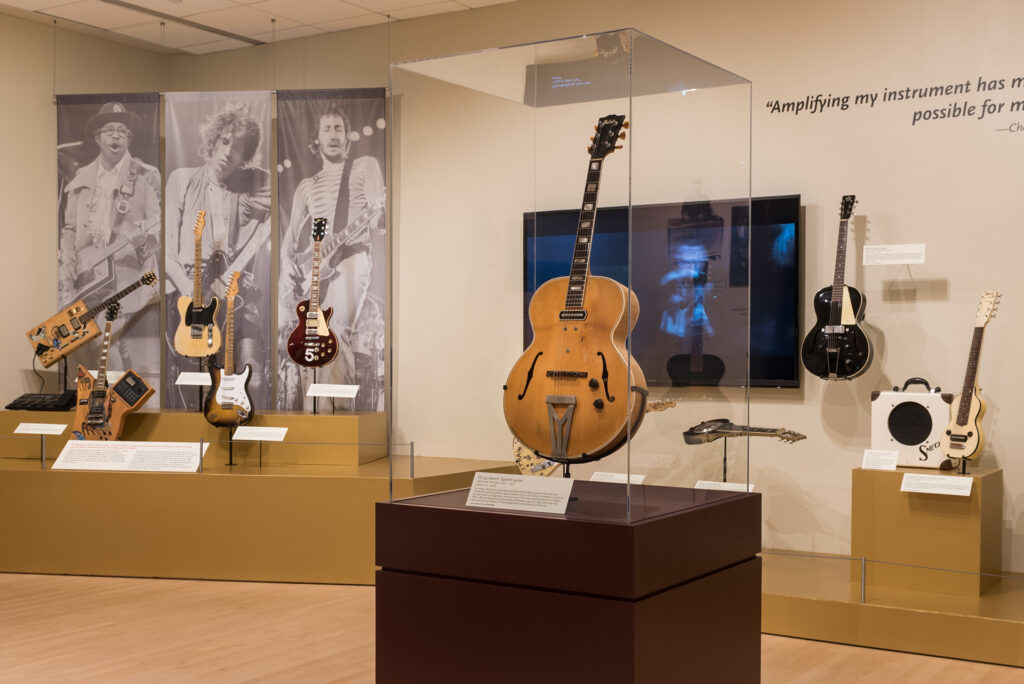 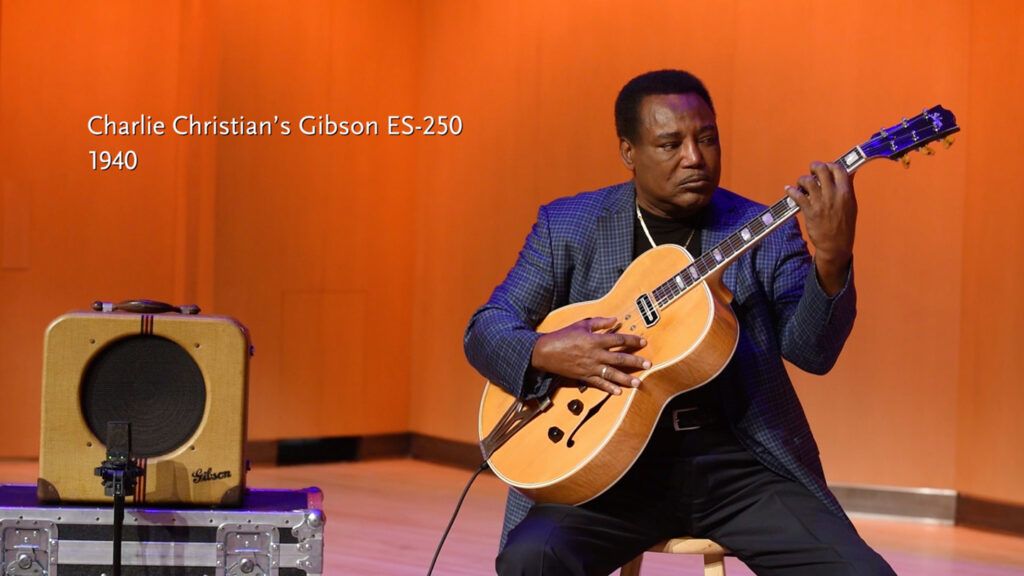