The Hal Blaine exhibit (below) introduces guests to one of the most recorded and heard musicians in history. Blaine is best known as the drummer and leader of the Wrecking Crew, a group of Los Angeles-based session musicians in the 1960s and ’70s. His drumming can be heard on approximately 35,000 studio tracks, including 150 Top Ten hits from artists such as Sonny and Cher, Frank Sinatra, Simon and Garfunkel, and the Beach Boys. 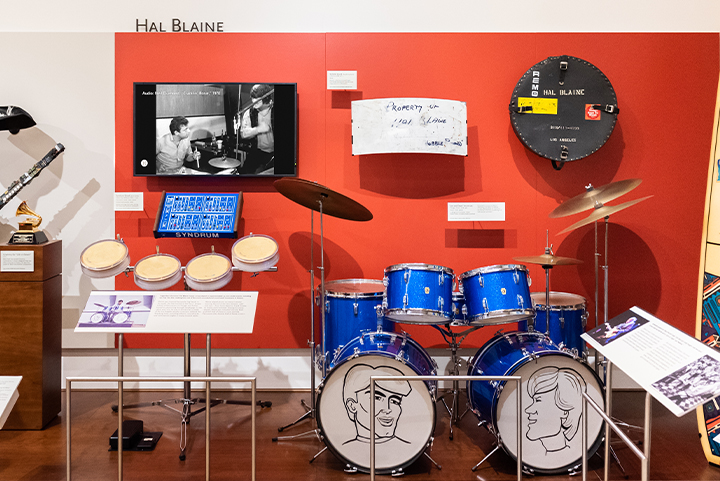 The centerpiece of the exhibit is Blaine’s iconic blue sparkle Ludwig drum kit. The exhibit also features a clever item from Blaine’s bag of tricks: a “wobble board,” a repurposed metal real estate yard sign that he shook and flexed to make unique sounds in the studio. The drummer’s Syndrum Quad drum synthesizer and personal stenciled cymbal cases are also on display.

The items were previously in the collection of Michael Kravitz, Blaine’s nephew and a fellow professional drummer. Kravitz, a Phoenix resident, says having his uncle’s drums in the Artist Gallery is the “greatest thrill of my life.”

“This allows music fans from all over the world to come visit and see the drums that made the music of a generation,” Kravitz says. “Hal was one of the most caring, gracious, and funniest men in the music business. His music lives on forever, as do the drums at MIM.”

Also new to the Artist Gallery is an exhibit highlighting legendary improviser and composer Chick Corea (below). Corea first emerged as a versatile pianist in the 1960s and spent more than 50 years at the cutting edge of jazz. His extensive use of electronic keyboards helped shape the sound of Miles Davis’s earliest fusion experiments, and his own fusion supergroup, Return to Forever, achieved international acclaim. 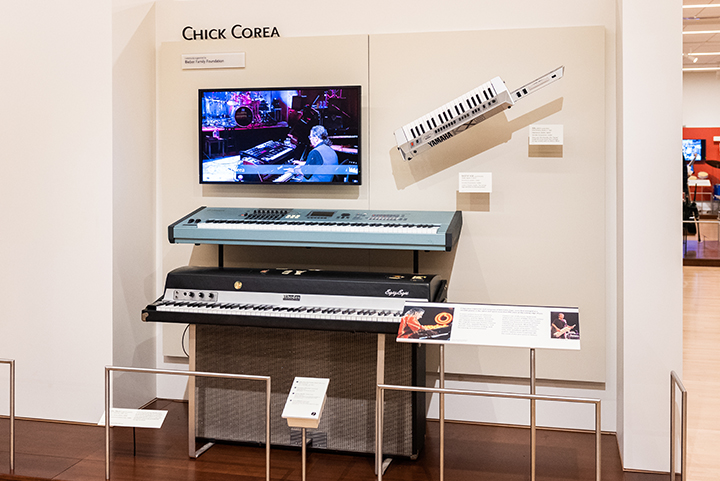 In 2006, Corea was named a National Endowment for the Arts Jazz Master—the highest honor available to an American jazz musician—and his 27 Grammy Awards are the most of any jazz artist in history.

Guests can now see some of the instruments that defined Corea’s career, including his Fender Rhodes Mark I electric piano (below) and Yamaha MOTIF XS8 synthesizer, and a KX5 MIDI controller or “keytar.” 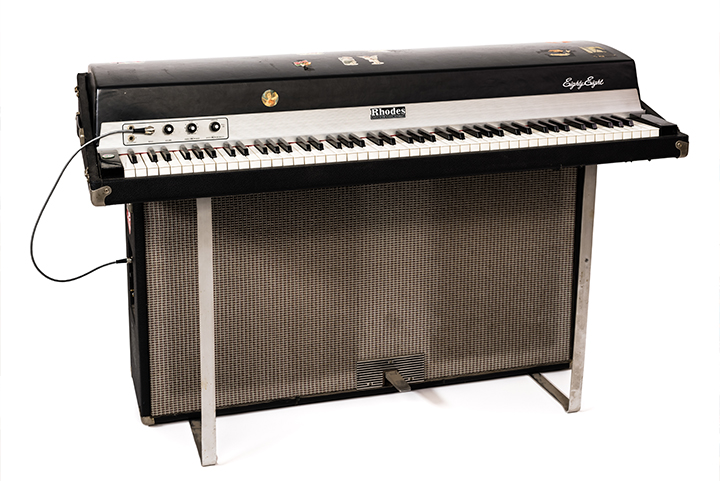 MIM board member Eric Bieber, himself a pianist, was excited when the museum acquired Corea’s personal instruments and generously supported the new exhibit.

“The Bieber Family Foundation was thrilled to be able to support MIM’s exhibit honoring Chick Corea,” he says. “As a musician, I have been impacted by Chick’s incredible talent throughout my life. His music and performances will continue to impact future generations, and it’s wonderful to see this incredible legacy celebrated at MIM.”