Recent acquisitions and updates in the Asia Gallery

More than 700 instruments and objects are showcased in MIM’s Asia Gallery, and they tell the musical stories of the world’s largest and most populous continent. As guests walk through the gallery, they discover the finest classical and court music traditions intermingled with exuberant folk music.

Recent updates to the gallery have strengthened its storytelling. New instruments and redesigned exhibits give guests a stronger sense of Asia’s vastly diverse musical traditions.

“As our collections and exhibits continue to evolve, my hope is to feature more notable older and important instruments that will share meaningful stories with our guests,” says Eddie Chia-Hao Hsu, PhD, curator for Asia and Oceania.

So far in 2022, 10 exhibits have been updated, including five China-related displays. The most significant revisions have been made to the Sizhu and North displays; each has been redesigned to feature many historic instruments. The finely crafted instruments at China: Sizhu represent a tradition of chamber music with an older style of craftsmanship that emphasized exquisite details, such as lacquer decorations and refined carvings on top of stringed instruments with elegant motifs. Highlights include a late 19th-century yangqin (struck zither; below), also known as a “butterfly zither,” and an early 20th-century plum blossom–shaped qinqin (plucked spike lute) that represent astounding craftsmanship from renowned instrument-making workshops. 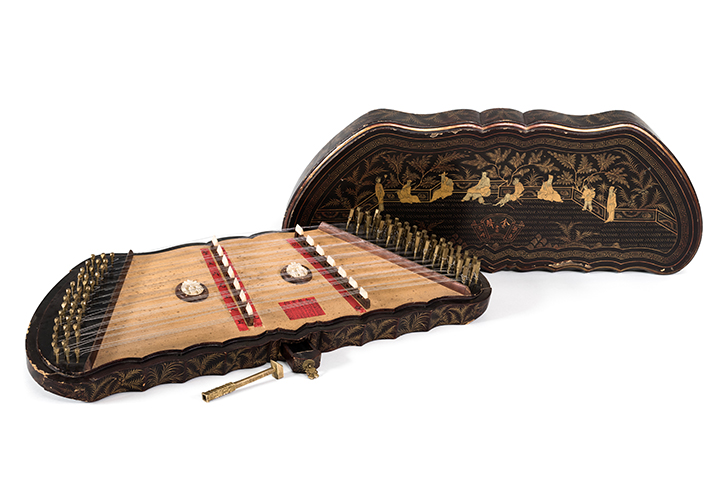 The new acquisitions exhibited at China: North highlight several regional folk traditions, including the folk music chuida (“blowing and beating”) and jingyun dagu, a style of narrative singing prominent around Beijing. The display showcases 19th– to mid-20th-century examples of reed pipes, mouth organs, drums, and gongs used to celebrate significant occasions in rural life, such as weddings, funerals, and festivals. 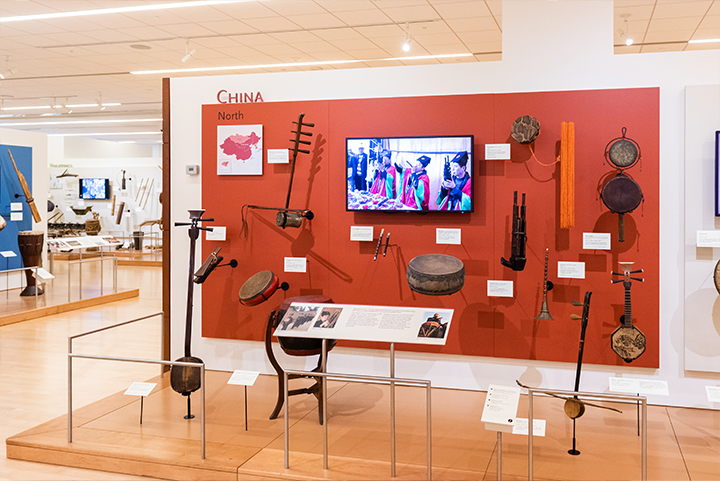 China: North is one of five recently enhanced China-related displays in the Asia Gallery.

South Korea: Court and Ritual features many mid-20th-century instruments made by renowned makers and played by artists who have been recognized as masters of their performance traditions, such as the stunning personal instruments of celebrated musicians Kim Young-kil, Kim Sun-han, and Dasom Baek. Additionally, many of the exhibit’s new acquisitions, including a mid-20th century changgo drum (below), were generously gifted from the collection of noted ethnomusicologist Robert Garfias. 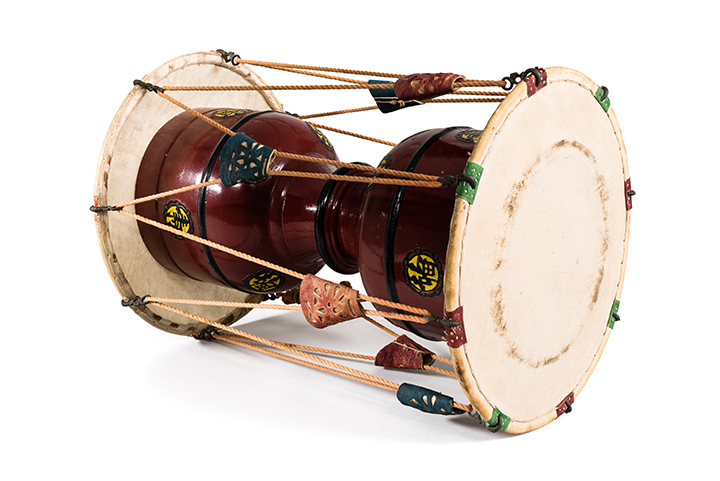 Burma features six new instruments and was completely redesigned to highlight the iconic pat-waìng, a circle of tuned drums, as its centerpiece. The exhibit now features a variety of ethnic folk instruments and showcases precious royal court instruments from the mid-19th century, such as the saùng-gauk (arched harp), an iconic Burmese instrument that represents the oldest surviving harp traditions in Asia. 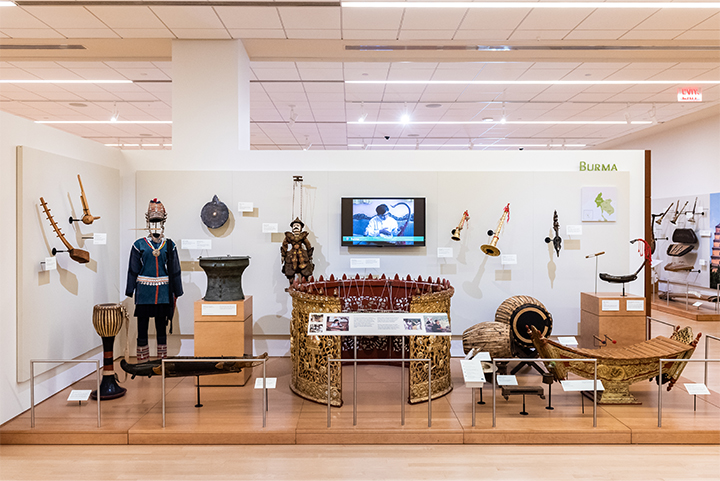 The Burma exhibit was recently redesigned to include six new instruments.

Among these larger updates, many exhibits have received smaller revisions, including China: Tibet, Uzbekistan, Kyrgyzstan, and Tajikistan. Taiwan, Pakistan, and many of the displays in the Japan exhibit are slated for updates throughout the rest of the year. 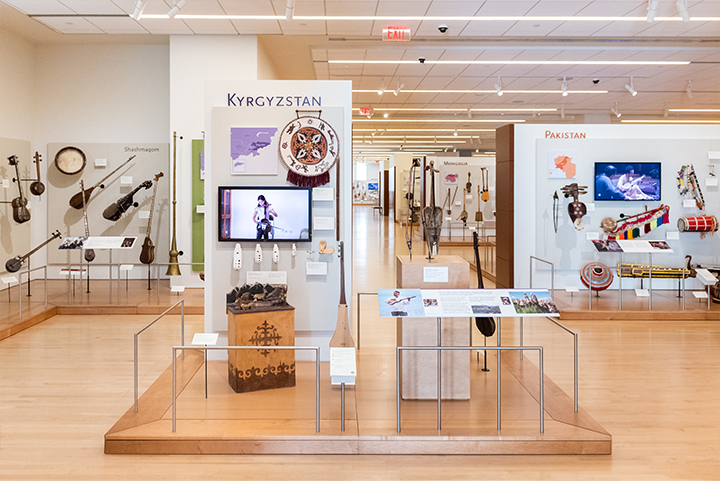 “As updates are made, the Asia Gallery’s exhibits will become even more engaging and inspire an understanding and appreciation of traditional craftsmanship, cultures, musical traditions, and people from different countries,” Chia-Hao Hsu says.

The revisions in the Asia Gallery are just one piece of a larger initiative at MIM. Our galleries are ever-changing, in keeping with our core value to improve and change to provide guests with fresh experiences. Over the next year, our curatorial team will revisit every exhibit in every gallery to carefully determine which instruments best represent each country and see what updates might be needed. The updates will introduce guests to new musical traditions, help them discover the world’s cultures, and create a sense of home for guests looking to connect with their heritage.