The Musicians and Makers Behind the Treasures - Musical Instrument Museum

The 80 objects on display in Treasures: Legendary Musical Instruments are more than the instruments played by influential musicians, and more than just the stunning work of great instrument makers. They tell stories of musical development and global performance traditions, and they let guests glimpse into the lives of the people who created and played them. 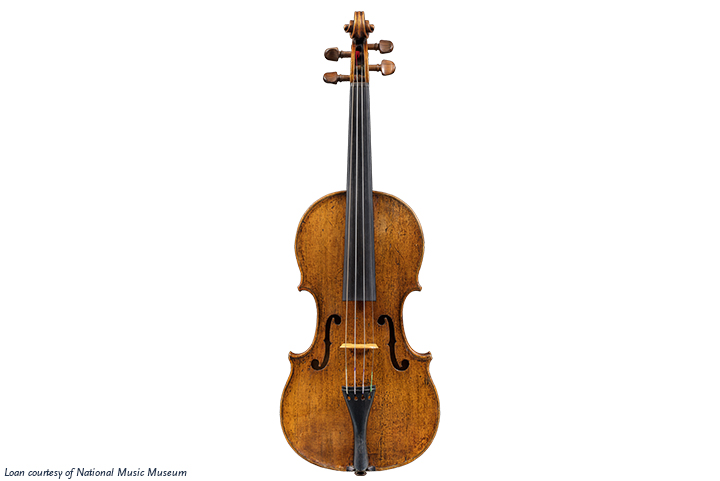 Amati violin, likely made for the marriage of King Philip II of Spain and Elisabeth of Valois

Father of the Violin
Andrea Amati

In the 16th century, Andrea Amati established the violin form still used by luthiers today. Amati owned the earliest recorded workshop in Cremona, and he is also credited with formalizing the Cremonese construction method, in which the sides of the violin are shaped around an internal form. The family luthiery tradition continued into the 17th century with Andrea’s sons Girolamo and Antonio, then Girolamo’s son Nicolò, who is regarded as one of the greatest violin makers in history. Approximately 20 instruments made by Andrea Amati exist today, and MIM is honored to have two on display in our special exhibition. 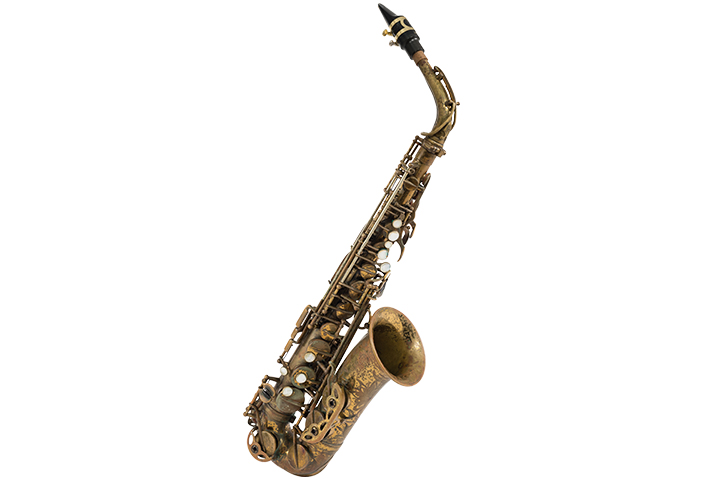 This Selmer Super Balanced Action alto saxophone, made in 1949, was Eric Dolphy’s primary saxophone until 1963.

Innovative jazz saxophonist Eric Dolphy rose to prominence in the early 1960s in groups led by Charles Mingus and John Coltrane while recording and performing as a bandleader. Played over traditional jazz song forms and harmonies, Dolphy’s expressive solos were famously “out,” fusing elements of bebop, free jazz, and more, with notes sometimes harmonically distant from chords and making idiosyncratic interval leaps. Unlike many jazz musicians at the time, Dolphy was also well-versed in the bass clarinet and flute, and he helped legitimize their regular inclusion in the genre. Although he died at 36 in 1964, Dolphy still inspires today’s jazz musicians to push musical boundaries. 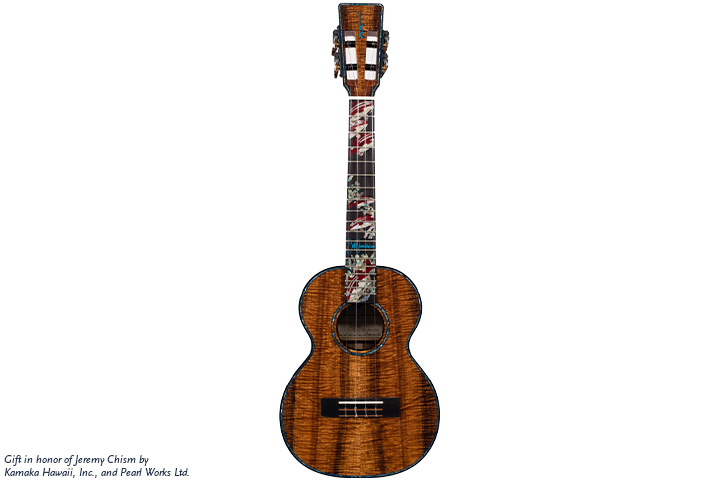 Samuel Kamaka Sr. started building instruments under his own name in 1916 and established a shop in Honolulu, Hawaii. After the worldwide success of his patented signature Pineapple model ukulele in the late 1920s, he trained his young sons to continue the craft of ukulele-making. Kamaka Sr. died in 1953 after a 40-year career in instrument production, and his devoted family has carried on his legacy. Today, four generations later, Kamaka Hawaii, Inc., is still owned and operated by the Kamaka family, and they remain synonymous with the finest Hawaiian-made ukuleles and continue to elevate the art form of ukulele-making. 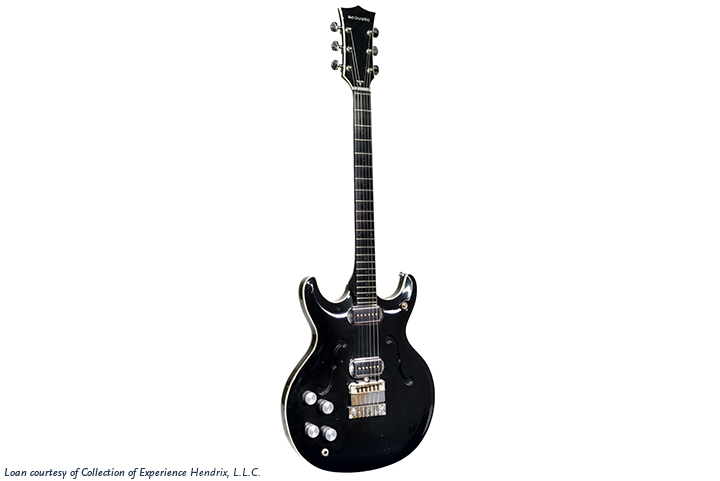 A Master of the Electric Guitar
Jimi Hendrix

Jimi Hendrix is indisputably among the greatest musicians ever to plug in an electric guitar. As a left-handed guitarist, he famously played a restrung, upside down, right-handed Stratocaster. The guitar on display in Treasures, however, is a left-handed guitar, one of only three left-handed Black Widows ever produced by Acoustic. Hendrix used this instrument during recording sessions in late October 1968, when he was at the height of his fame. Just days earlier, he had released his final studio album, Electric Ladyland, which conquered the pop music charts, becoming the number one album in the United States in November.